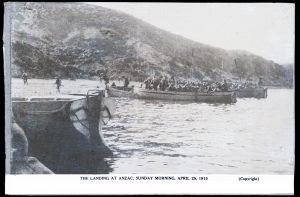 The Rose Stereograph Company Collection: one of Australia’s most significant photographic collections dating back to 1880, comprising more than 100,000 items is being auctioned.

The collection features moments captured in time such as the landing at Gallipoli, the very first known pictures of Queen Elizabeth II and even Ned Kelly’s armour taken during his trial. It was uncovered in the spare bedroom of a home in Victoria.

“There are original glass negatives in this collection that capture the very first moments of not only Australian but World history and some that may even change the course of history,” said Mr. Lee Hames, Chief Operations Officer for Lloyds Auctions. “We believe this to be a World first, to offer these tangible original glass plates which rival any modern photographic resolution”.

“This has to be one of the most important photographic collections in Australia if not the world,” continued Mr. Hames.

The Rose Stereograph Company was founded in 1880 by George Rose and Herbert Cutts, in the early 20th Century. The pair formed a lifetime working partnership and strong personal friendship. Assisted by George’s two sons, Herbert George and Walter, and later Herbert’s son, Neil Cutts, the Rose Stereograph Company continued its operations for more than 140 years; and remains an incorporated Australian Company to this day.

A statement from Stephen and Jeffrey Cutts, the current custodians of the collection, said “It is with great sadness that we say goodbye to a collection that spans five generations and 140 years. We understand that for these historically important pieces to rest with one family is to deny others the pleasure of their custodianship. It is for this reason that we have entrusted you as the new custodian of our treasured item, “.

“May your piece of The Rose Stereograph Company Collection bring back cherished old memories, create new lasting ones and help your family to celebrate a precious moment in history,“ they continued.

There will be several auctions published over the next week leading up until the end of June. If you are looking to browse the collection and own a piece of significant history then head to https://www.lloydsauctions.com.au