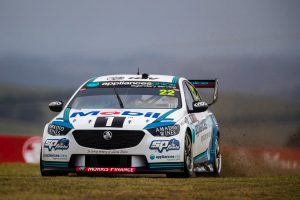 Celebrating 50 Years of HDT at The Great Race

2019 marks the 50th Anniversary of HDT racing as the Holden Dealer Team at the legendary Mt Panorama in Bathurst.

1969 was the first year that Peter Brock raced at the mountain and when he took his first podium finish on this track. Representing HDT, Brock started his journey to earn the title ‘The King of the Mountain’.

We knew the enormity of the occasion and alongside Supercars and Holden, we decided to bring together three 1969 HT Monaros to commemorate these incredible achievements and to share and celebrate with the fans.

We set up a display site for these original cars right near the main entrance to Bathurst that backed onto the track opposite the podium. What a spot!

All weekend we had fans coming to enjoy the cars on display, check out the old HDT tour bus (which has been witness to many a HDT story), buy merchandise and hang out with some of the coolest people we know!

We were joined by Peter Brock’s wife, Bev and his son, Robert who were celebrating Bev’s newly released book “Brock At Bathurst”. The book relives every turn of Peter Brock’s record-breaking run with, co-drivers, teammates, friends and rivals! 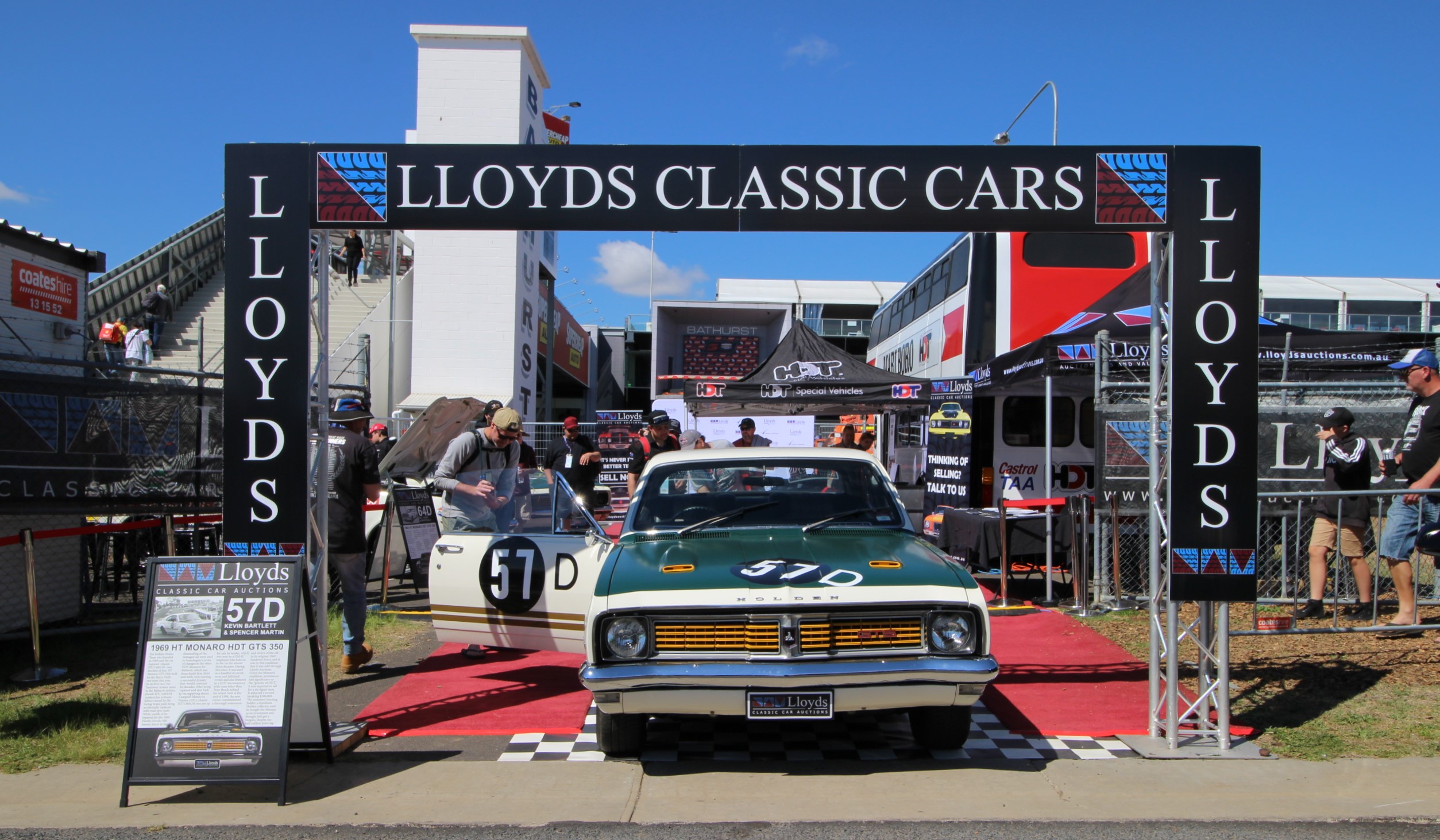 Two of these Monaros we had on display, actually raced at Bathurst in 1969. 42D, which is a 1969 HT Monaro GTS 350 that was driven over the Bathurst finish line in 6th place by Peter Macrow and Henk Woelders.

It is an unrestored barn-find with evidence of a hard yet exciting race life!

64D was raced by Bill Tuckey and Sib Petralia in 1969 and sadly did not finish the famous Bathurst race that year.

This beauty has since undergone a full concourse restoration that was overseen by former HDT driver, John Harvey, about 12 years ago and looks exactly how it did back in its day!

Finally, we had 57D. This is a very special car that we were extremely proud to be able to share with the Holden fans and racing enthusiasts at Bathurst this year.

This was the very first HDT Monaro raced in Sandown by Kevin Bartlett and Spencer Martin, in the months leading up to Bathurst in ’69. During its first race, this HT Monaro GTS 350 crashed into the wall and burst into flames.

HDT then went on to homologate a series of changes before the cars went to Bathurst and successfully won first, third and sixth place, launching the HDT dynasty.

HDT’s Head Mechanic from this era, Ian Tate, joined us over the weekend at the Great Race to celebrate the 50th Anniversary.

He said if it weren’t for 57D hitting the wall at Sandown, HDT wouldn’t have won at Bathurst in 1969! 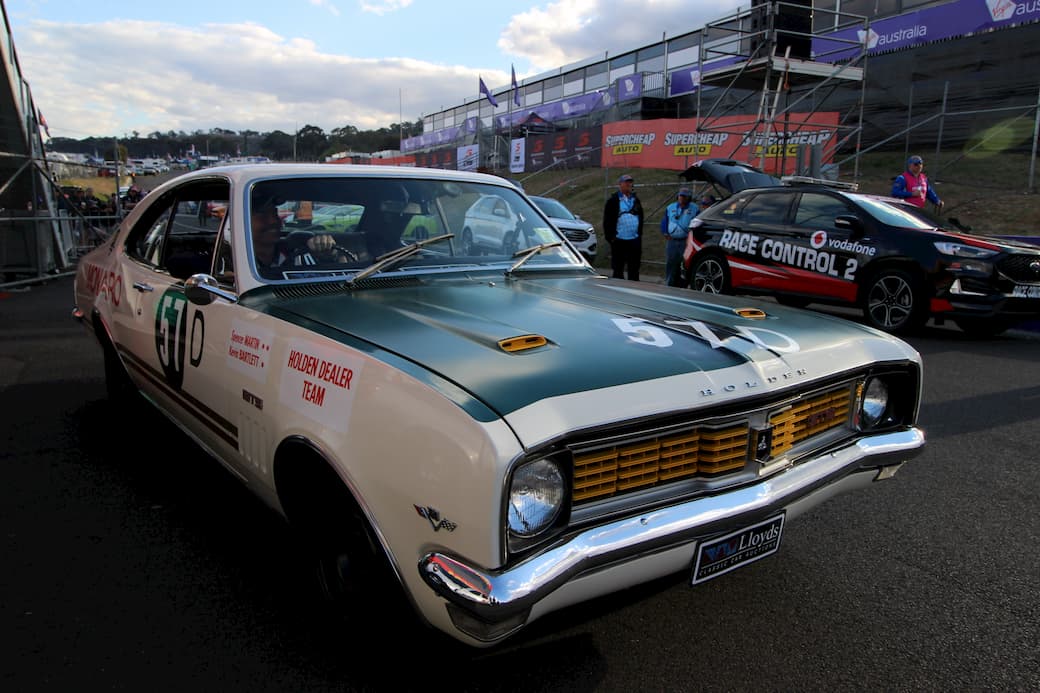 Bringing together Supercars, Holden, HDT and the Brock family was a unique experience and meeting all the Bathurst fans was so special for us. We loved listening to everyone’s stories from decades of racing and their thoughts on the HDT Monaros.

Some loved the mint condition, restored versions and many frothed over the original look of 42D.

Seeing quite a few people just wanting to sit in the cars and get a photo in them was super cool and of course, they were able to, which was a really treasured experience for us and them.

Hearing everyone reminiscing and talking about the good old days and the good how the cars used to perform, was so interesting!

Another highlight for us was being able to provide the 57D car for the Fox Sports cameras and being able to share it with even more of you at home!

2018 Bathurst 1000 winner, Craig Lowndes, took 57D for a spin around the track and chatted about how the track moves and how to handle the drive around the mountain. He even got the old beast up to 110 mph down Conrod!

57D and 64D also did a tribute lap in the drivers’ parade which was incredible to see and 57D sat proudly next to a Torana during the Hino Hub segment of the Fox Sports coverage. 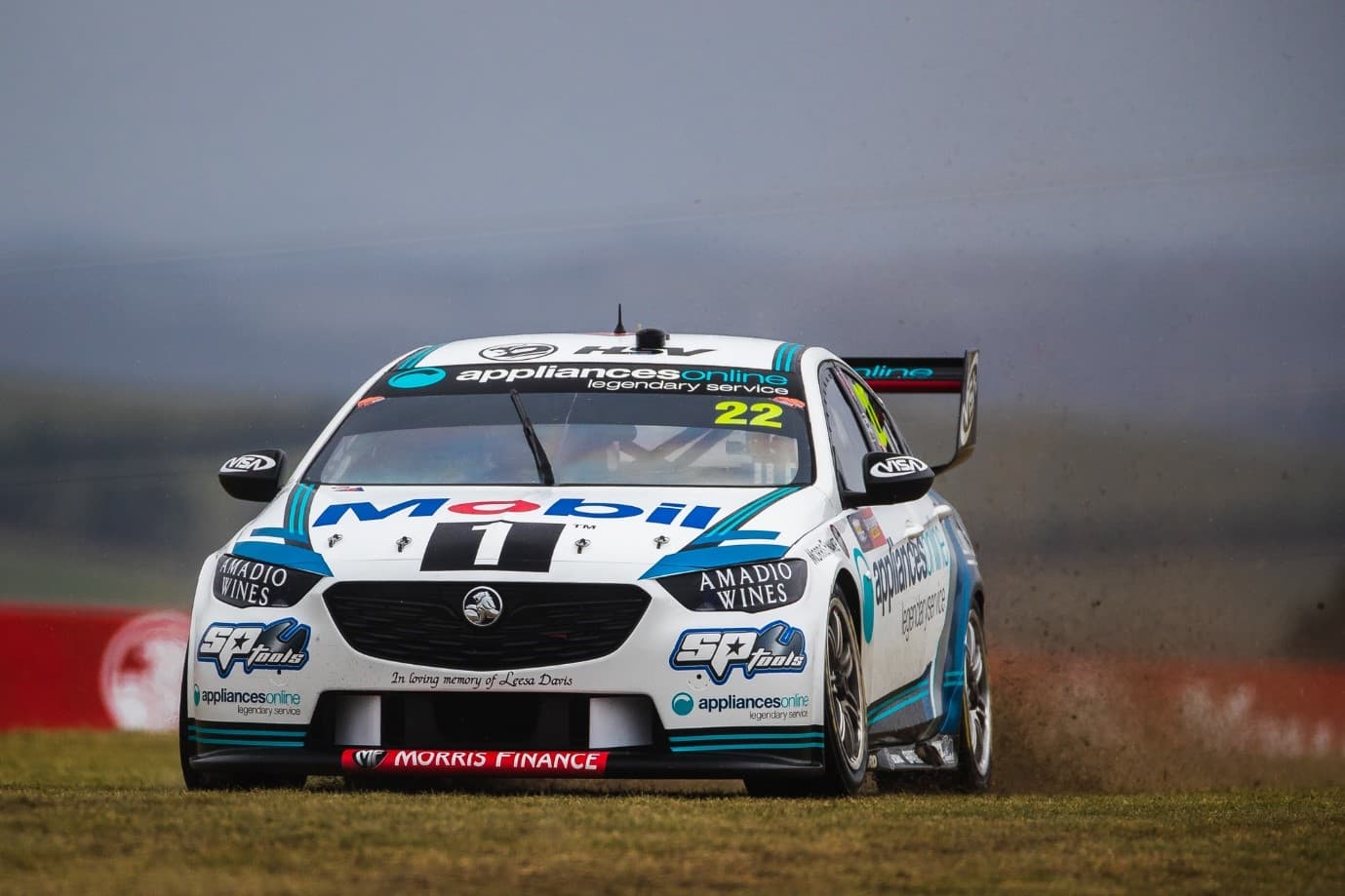 Bathurst weekend saw Lloyds Auctions meet some great people, see some amazing racing (which included our Walkinshaw Andretti United race car getting a podium finish), and celebrate the 50th anniversary with HDT and the Brock family by our sides!

After HDT’s Bathurst run came to an end in 1987, Holden Special Vehicles (HSV) took over the racing reins, after which we entered the Walkinshaw era.

How incredible that during a celebration of 50 years of HDT, its Holden descendant, Walkinshaw Andretti United took a podium finish in the Great Race!

Even more exciting is that you could be the proud new owner of James Courtney’s current Walkinshaw Andretti United Commodore, Chassis number 23, which he drove to a 3rd place finish at Bathurst this year in the Virgin Australia Supercars Championship.

Chassis 23 made its race debut at Eastern Creek in 2016 with Garth Tander. It was previously used in 2017 by Scott Pye, including a Bathurst 1000 second place finish and once by James Courtney in 2018 at the Sandown 500.

You will find this rare opportunity to both own the car, and experience a Supercars race team, as Lot 1A in our Classic, Muscle & Barn Finds Auction on Monday 28 October at 6pm AEST.

This will also be your chance to own a piece of motoring history featuring USA, Aussie and European classics all in one place!

If you want to keep up to date with all our unbelievable Classic Car auctions and events, then simply pop your email address below and we will send notifications directly to your inbox!