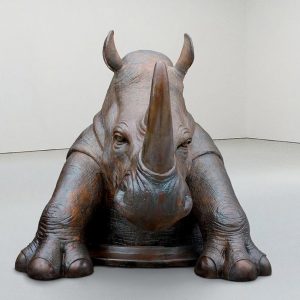 Come Out, Come Out, Wherever You Are!

This giant piece of bronze artwork has something to say… 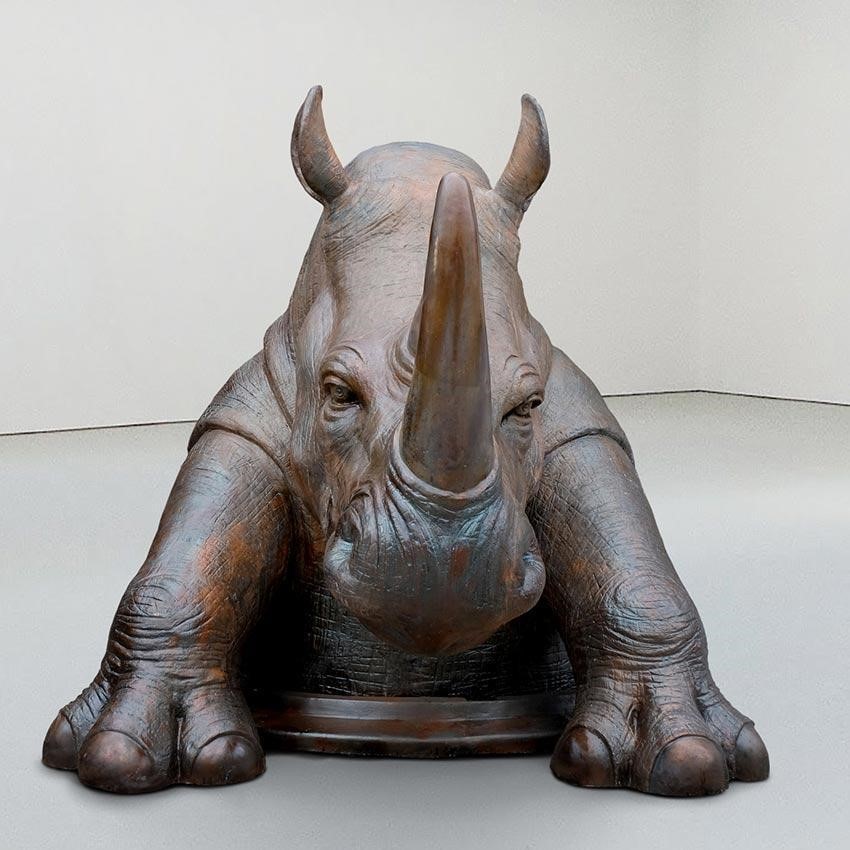 This the largest rhino sculpture in the world and the biggest piece of art we have had here at Lloyds Auctions and we couldn’t be more excited! You won’t find anything else like this around!

Titled ‘Come Out, Come Out Rhino, Wherever You Are’, the original bronze sculpture by renowned Australian artists, Gillie and Marc, stands over 152cm tall and weighs a hefty 450kg!

But don’t let that put you off… Trust us, you NEED this mega stunner in your life!

Imagine this eye catching and unique piece of art at your house, office or business that has the ultimate story to tell. By bringing an animal like this into more urban Australian environments, it sends a message that is hard to ignore.

A real conversation starter, this rhino represents something that really does need to be talked about more… 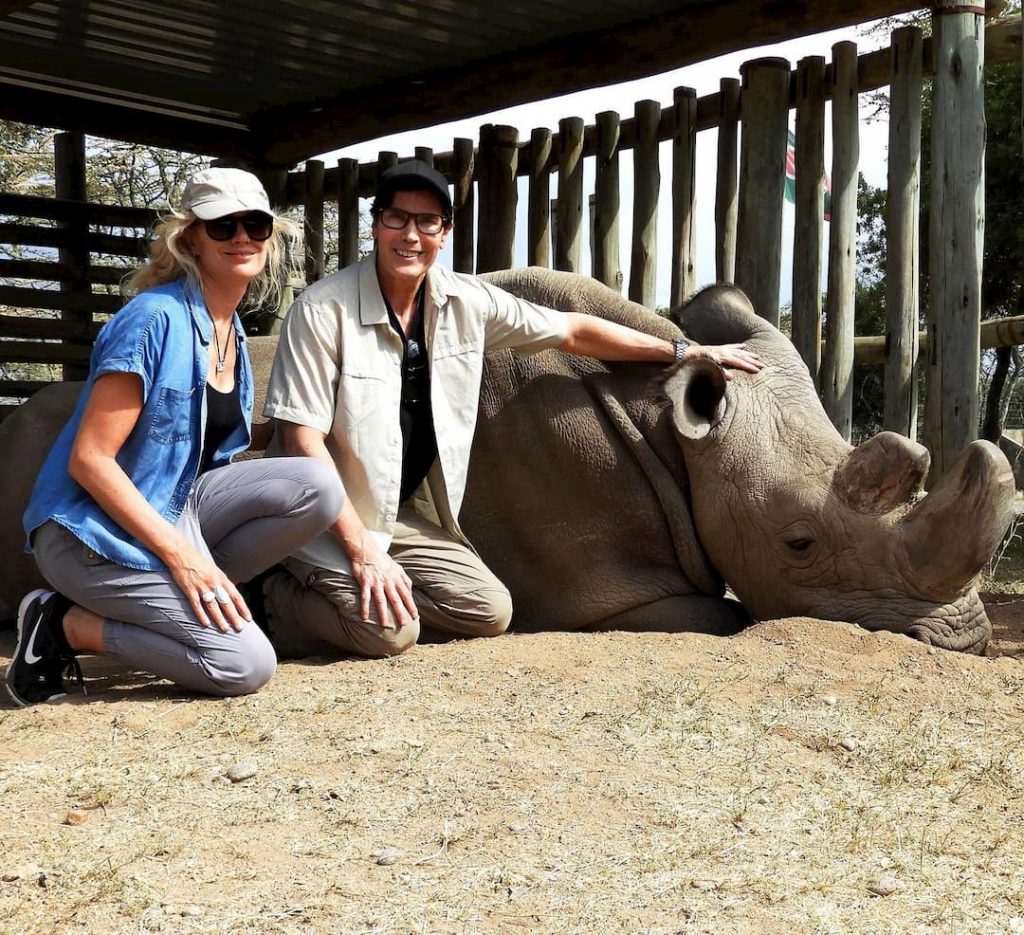 Gillie and Marc are best known for their beloved characters, Rabbitwoman and Dogman, who tell the autobiographical tale of two opposites coming together to become best friends and soul mates and form the basis for the Travel Everywhere with Love project.

Another worldwide art project Gillie and Marc have created is the #LoveTheLast movement. Its mission is to bring critically endangered animals to urban areas so that people everywhere can create a connection with them.

Gillie and Marc believe loving animals is the first step towards saving them. Many of Earth’s most amazing creatures are on the edge of extinction including the hippopotamus, African elephant, African lion and the Northern white rhino.

Gillie and Marc’s mission is to use their work as a platform to continue spreading awareness about endangerment, which will ultimately lead to change and save species from extinction.

If the whole world doesn’t get on board right away to make strides in conservation, then all animals will face the same fate. These innocent animals are intelligent, have families, homes, personalities, and are all deserving of love! 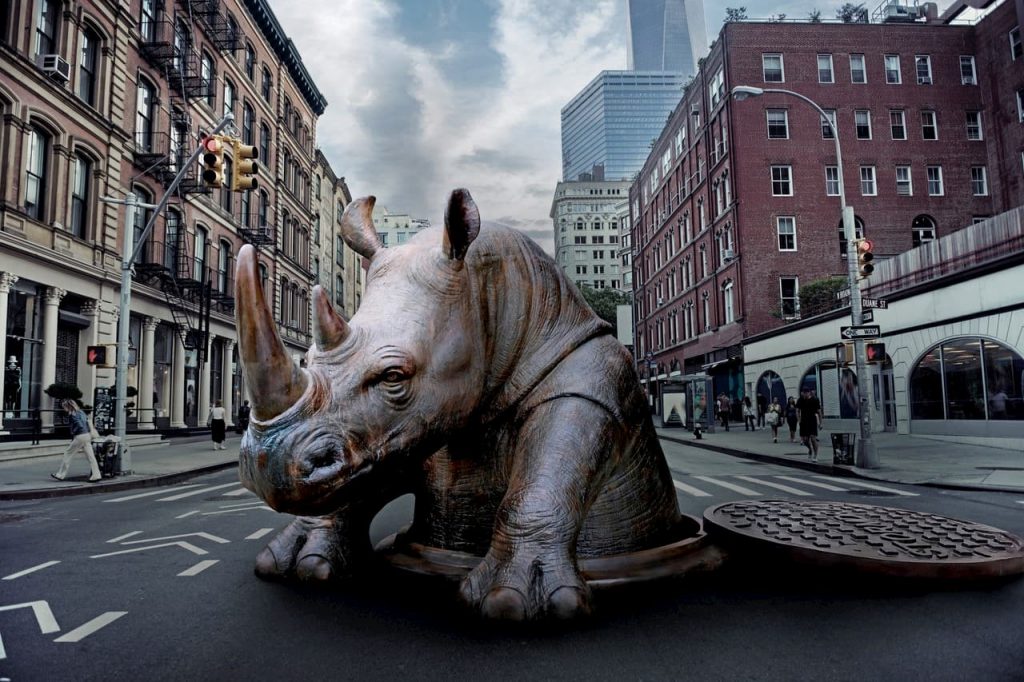 Physical touch is the most powerful way to form a connection. By creating enormous and show-stopping bronze statues of these critically endangered animals, even those of us that live in cities across the globe and thousands of miles away from this wildlife, can develop a loving bond to the planet’s most magnificent creatures.

The artists love working and sculpting with bronze for many reasons. Bronze is a very hardy material and will last forever. The material has been used for thousands of years, with some works that are over 2500 years old, still around today!

Gillie and Marc are committed to making robust, eye-catching artworks that are designed to be touched, climbed on and photographed with. Simply check out the hashtag #LoveTheLast on social media to see some of these statues in all their glory!

When people interact with the artwork it is the first step towards loving these animals and if people can love these endangered animals, they can begin to care for them and act now to stop their extinction. 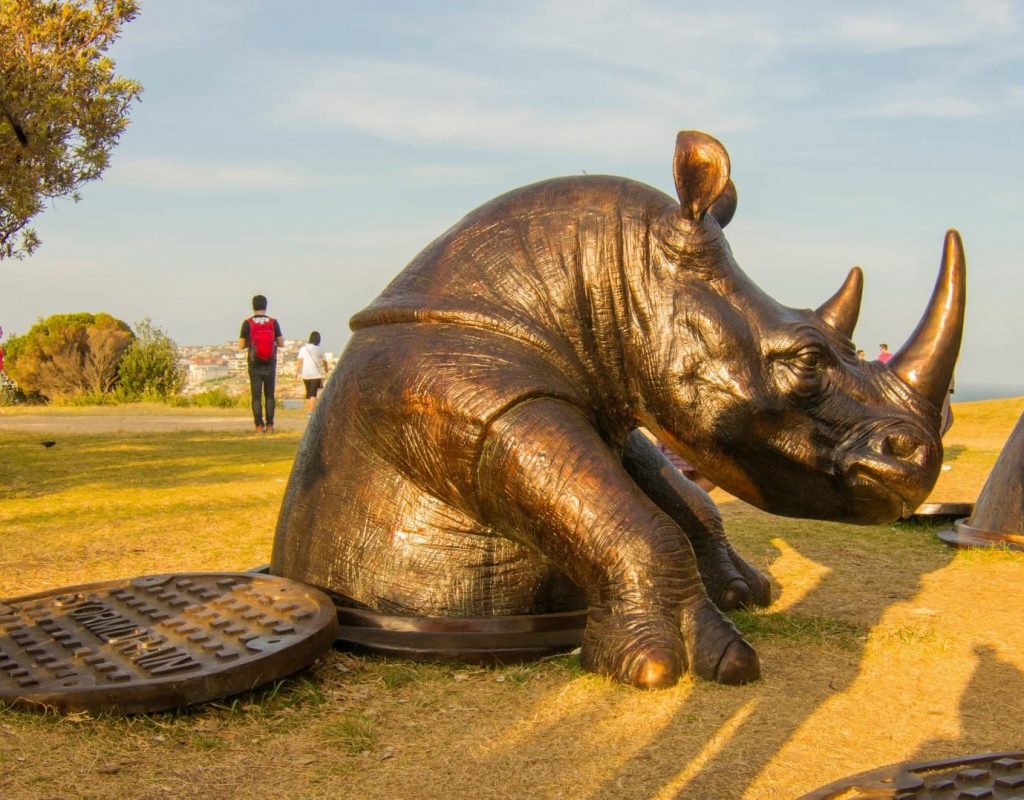 Gillie and Marc have an extra special place in their hearts for rhinos, particularly Northern white rhinos. This love affair began during a project they worked on to honour a black rhino and her calf who mysteriously died in a Zoo in Dubbo, NSW.

Gillie and Marc were heartbroken by this tragedy and wanted to create an artwork that would not only remember the rhinos, but also raise awareness about conservation. They desperately want to find a way to help people to understand the urgency for the protection of these beautiful animals.

This led to the couple creating the largest rhino sculpture in the world for the famous ‘Sculpture by the Sea’ which is a free public display of sculpture art on the spectacular Bondi to Tamarama coastal walk in Sydney.

Gillie and Marc’s ‘Come Out, Come Out Rhino, Wherever You Are’ sculpture won last year’s coveted Allen’s People’s Choice Award as part of the ‘Sculpture by the Sea’ exhibition. We are lucky enough to be able to provide you with the opportunity to own this amazing piece of art and share the message of animal conservation. 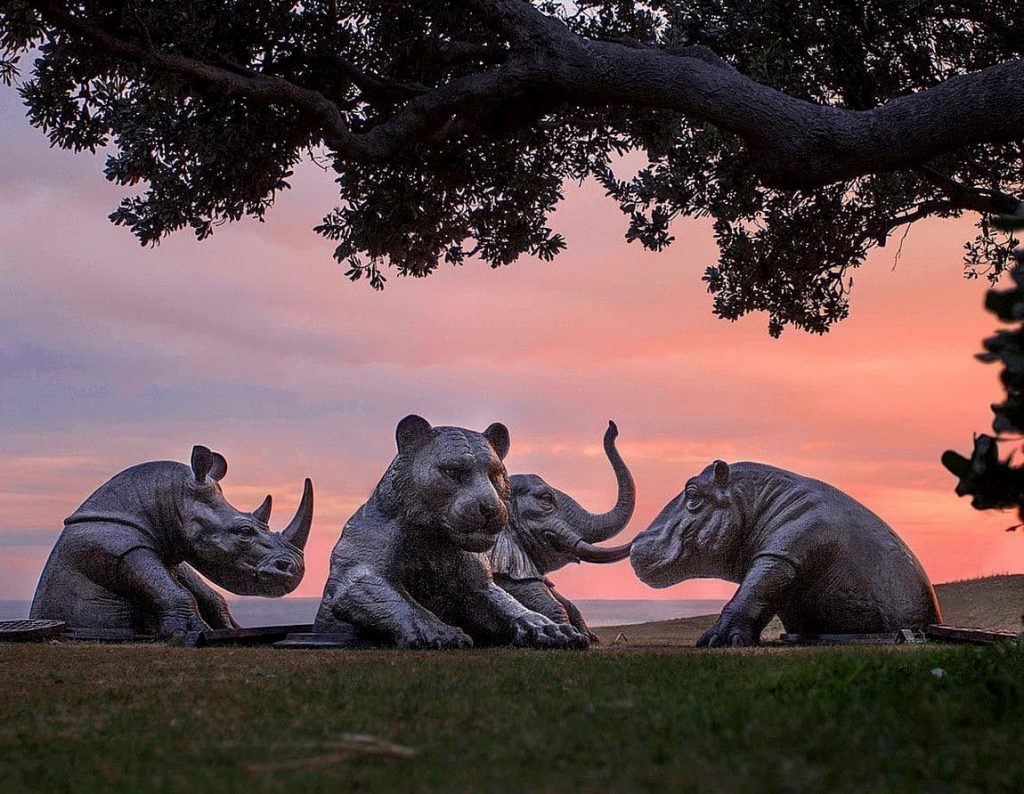 Four bronze sculptures make up the complete ‘Come Out, Come Out, Wherever You Are’ series that are an intrinsic part of Gillie and Marc’s Love the Last project.

The game of hide and seek conjures feelings from their childhoods of safety, love, and joy, so each animal is depicted tentatively appearing from a manhole.

The bronze sculptures ask us to welcome endangered animals out from hiding, into a place of safety and love without poaching and kidnapping. Gillie and Marc believe that all people and all creatures have the right to live in a world where safety and love are the rule, not the exception.

Want to know when we are entrusted with more of this fabulous art?

Sign up below for alerts straight to your inbox so you never miss a thing!