Ron was born in the small town of Tingha, in the New England district of N.S.W. He attended Inverell High School then the University of New England, Armidale, majoring in Philosophy, and graduating in 1951 with a Diploma of Education. His undergraduate passion was theatre and he directed the university’s production of  Camus’ Le Malentendu for the inaugural Hobart Drama Festival.

Ron went on to teach in Singleton N.S.W.  Here he met fellow teachers, John and Dawn Allen, founding members of the New Theatre, Newcastle and Don  Reid, who was to become a well-known Australian actor, director and founding member of Sydney’s Ensemble Theatre. Their common interest led the four to shine in the Singleton Amateur Dramatic Society, particularly in the Hunter Valley Drama Festival where he met Doris Fitton, doyenne of Sydney’s Independent Theatre. Under her encouragement, Ron moved to Sydney, teaching at Liverpool Boys High School for two years, before resigning to pursue a career in theatre, directing amateur theatre and eventually taking a job at the Independent

Ron’s connections at the Independent led him to taking over from well – known Australian actor, Ben Gabriel, as dialect coach and ‘authority on all characteristics Australian’ to the international cast of the filmed version of  Summer of the Seventeenth Doll, which included Anne Baxter, Angela Lansbury, John Mills and Ernest Borgnine.

During this period Ron lived in Kirribilli, in the Hotel Braeburn, where over time he witnessed the building of the Sydney Opera House.

Believing that the opportunities to further his career in theatre would be enhanced in England, in 1960 Ron and two friends whom he met at the Independent, John Rickard and Norman Mann, departed on the four week sea voyage to the United Kingdom.

This vibrant location and Ron’s artistic talent inspired him to write, produce and direct his own short film called, “The Market,” featuring Nike’ Arrighi, Norman Mann, Siobhan and Kevin Eyres. Released in 1963 it was recently preserved by the BBC Archive as an icon of the British film industry. This was Nike’s first role and stepping-stone for a successful career in French, English and Italian acting. Her sister, Film Designer and Oscar winner, Luciana Arrighi did the titles for Ron’s movie.

In 1964 Ron met his friend and subsequent partner of 40 years, Peter Woodthorpe, an already renowned actor in London.
Ron moved in with Peter in his London unit in St John’s Wood and Kilburn. They also purchased a five-acre property at Water-Stratford, a small village three miles from Buckingham in the country. This they named “Churchgate” and it features in some of the pictures and paintings on offer.

In 1969, Ron established his own antiques shop in Portobello Road and ran it with great success until 1971. Most of the antiques featured in this collection were acquired during that period and are a testament for his acumen, knowledge of the subject and fine eye. His personal tastes were eclectic and wide-ranging, no one style or period dominating; in his own home, Regency, Victorian, Asian and Contemporary all came together under his tasteful curation.

Peter passed away in 2004 which prompted Ron’s return to Australia.

On his return, Ron purchased a property in Coffs Harbour in 2006 which is when I, Gregory Skeggs, was fortunate enough to meet this amazing man, becoming his constant companion and partner for rest of his life. Ron reunited with and I met his old Singleton friends, the Allen’s and Don Reid, now a successful playwright. Ron’s theatrical nous was very tickled by Don’s play ‘Codgers’ and its sister piece ‘Biddies’ and he lent generous philanthropic support to both ventures. 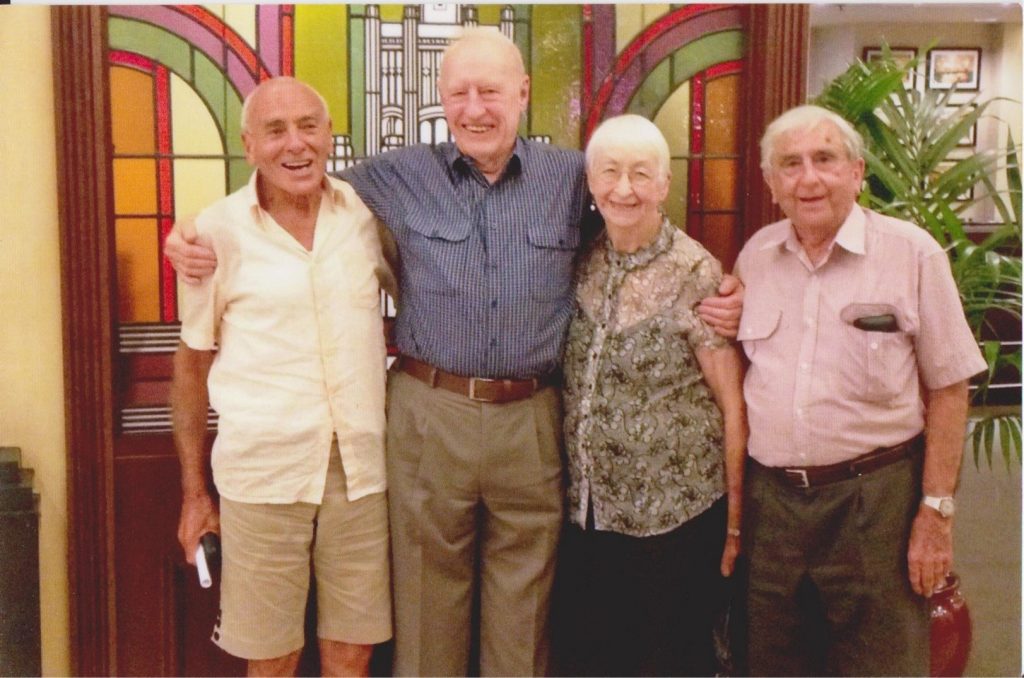 Never losing his love of country living, he purchased a 20-acre property overlooking the village of Woolgoolga.

With assistance from me, Ron built a lovely house into which we moved in 2015, continuing to improve the property over the next two years and enjoying the wallabies, kangaroos and the abundance of birdlife which greeted us daily. Ron, being an avid gardener, developed an orchard and beautiful gardens. Whilst tending to the watering of his potted flowers, he had an unfortunate fall and Ron passed away from his injuries in June 2016.