It’s the end of the road for Gosford Classic Cars

It’s the end of the road for Gosford Classic Cars

The story behind the largest collection of classic cars in the Southern Hemisphere which is going up for auction in April!

The 6th and 7th of April 2019 will mark the weekend one of the Southern Hemisphere’s largest collection of cars will go under the hammer with Lloyds Auctions.

This impressive collection is highly important to motoring enthusiasts and collectors because there is such a wide range of European, Australian and American classics.

With thousands of people showing interest, inspections must be organised early!

The collection of classic cars, bikes, memorabilia and unique vintage vehicles are from the Gosford Classic Car Museum which has had to sadly close its doors.

Gosford Classic Cars was born out of a passion for the artistry of automobiles. We are extremely humbled to be able to offer this incredible motoring collection to fellow classic car enthusiasts.

We are privileged and excited to send these treasured vehicles to their next custodians, where new collections may begin!

Collection owner and Founder of Gosford Classic Cars, Tony Denny, grew up in North Sydney but lived much of his life in Europe.

Tony chose the Central Coast in Australia as the site for the Gosford Classic Car Museum/Showroom because of the beauty and relaxed lifestyle of the area. Though it’s only a short one-hour drive from Sydney, the Central Coast offers a break from the city.

He has always had a passion for classic cars and started his own personal collection with a 1955 Ford Zephyr.

He decided to invest in his passion and proudly offer this collection for display so that others could appreciate the automotive world he loves so much. It became a car dealership with the intention of trading under the name Gosford Classic Cars.

The showroom doubled as a unique way to market the vehicles and at the same time allowed the public access to such a vast and stunning collection! The collection welcomed automotive enthusiasts to enjoy the magnificence of these classic cars and motorcycles.

The collection began seriously accumulating classic vehicles in June 2015 and 2016 marked the start of the Gosford Classic Car Museum, which was a major highlight in Tony’s life. 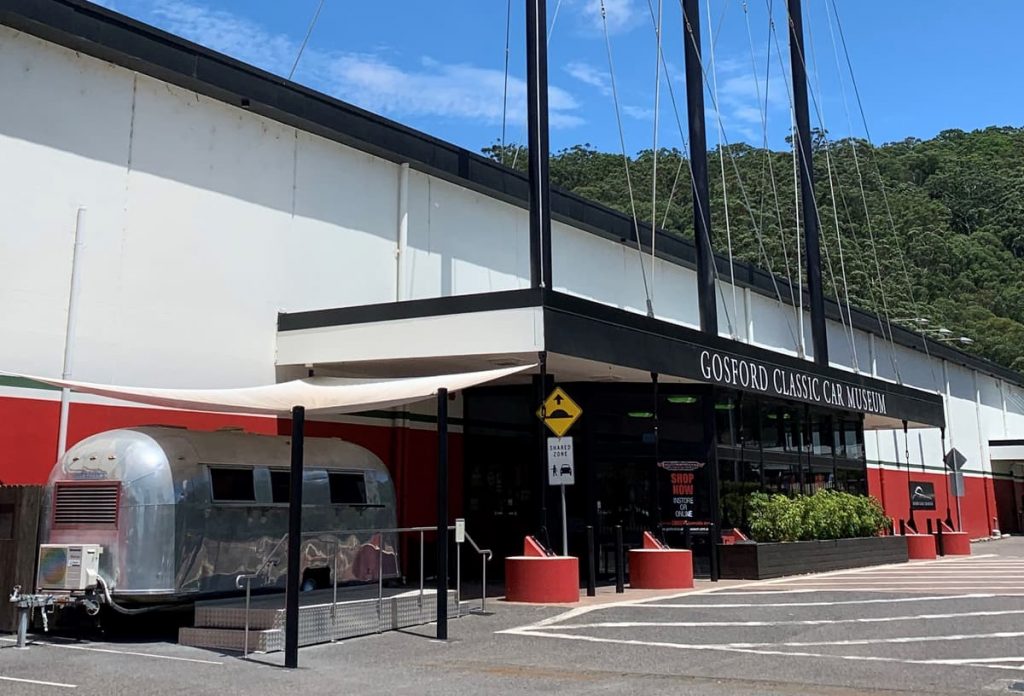 The Classic Cars of the Collection

One of the first purchases was a collection of 53 cars from the Rambler Museum of Western Australia, previously owned by John Ivy.

Most of the vehicles in the Gosford Classic Car Museum have been bought within Australia, with the others coming from the Soviet Union and Eastern Europe.

With 35 Ferraris, 25 Communist cars and an extensive range of Holdens from 1948 to 1978, there is an impressive range of vehicles. There really is something for everyone!

Cars are more than just vehicles to Tony, he believes each and every one is like a work of art. He employed over forty dedicated staff, as well as ten passionate volunteers, that helped his vision of Gosford Classic Cars come to life!

The collection of over 400 cars, bikes and memorabilia is still located in an ex-Bunnings building and is described by many as an immaculate collection that’s in a class of its own. Covering more than 11,000 square metres, the team were in car heaven every day.

The Fans of the Collection

Former Formula One World Champion and Auction Ambassador, Alan Jones has a great passion for European classics; he is also one of this collection’s biggest fans.

He said some of his fondest memories were having access to beautiful, exotic European cars. Since coming back to Australia, he will never cease to be amazed at the amount of vehicles here in such fantastic condition!

The $70 million museum proved popular with many others and it quickly became the Central Coast’s hottest tourist attraction with 10,000 visitors through the door each month.

Some of the most exciting guests included then Prime Minister Malcolm Turnbull. In 2016 he had his 62nd birthday celebrations amongst the collection in Gosford, surrounded by 500 friends and family.

Although the Gosford Classic Car Museum attracted in excess of 10,000 monthly visitors to the collection, irreconcilable differences with the tax office meant the museum was “left with no alternative but to close its doors”. 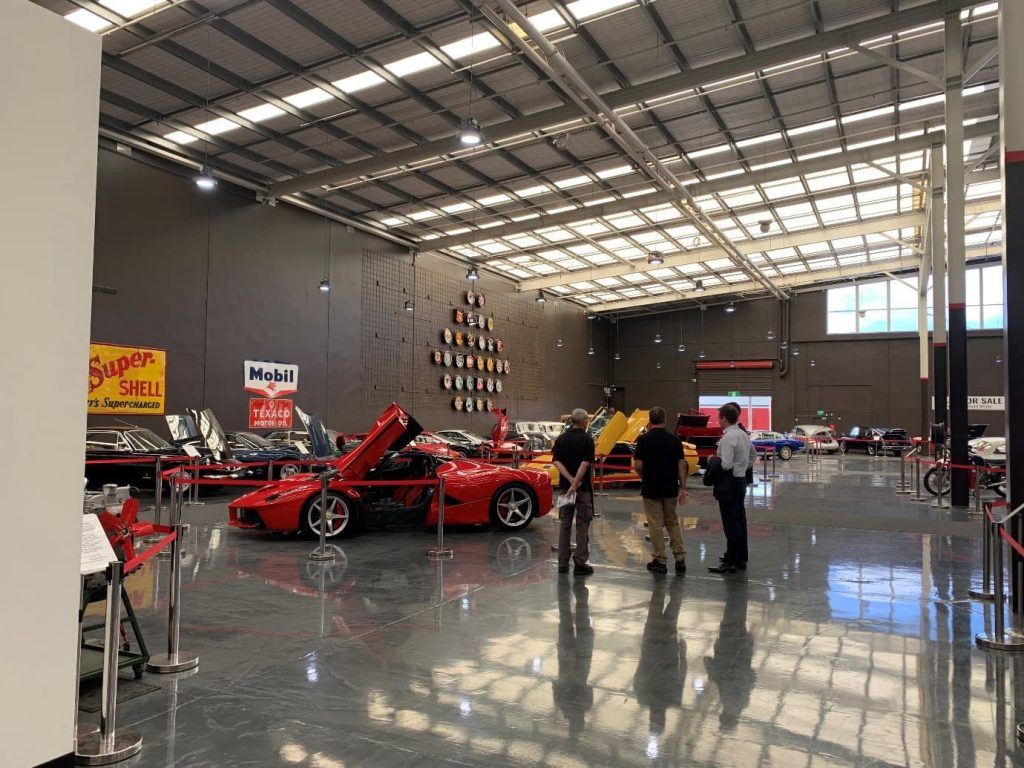 The End of the Road

The prospect of spending the next 18 months to two years fighting a contested ruling through the courts was just too much. The site of the museum, a former Bunnings building at West Gosford, has been listed for sale and the cars will be auctioned onsite by Lloyds Classic Car Auctions.

Lloyds have been appointed as the exclusive auctioneer for one of the best collections in the world. We are honoured to be auctioning this prestigious collection that will see more than 150 vehicles go under the hammer at the Gosford Classic Car Museum’s enormous facilities.

It is expected for multiple cars to achieve 7-figures with enthusiasts expecting the total collection will sell for tens of millions of dollars!

But this collection is one never to be forgotten. It is extremely special and admired by many collectors and enthusiasts across the globe.

The collection is now open for bidding online and will go up for auction in a simulcast live and online event on the weekend of April 6th and 7th, 2019 at the Gosford Classic Car Museum. 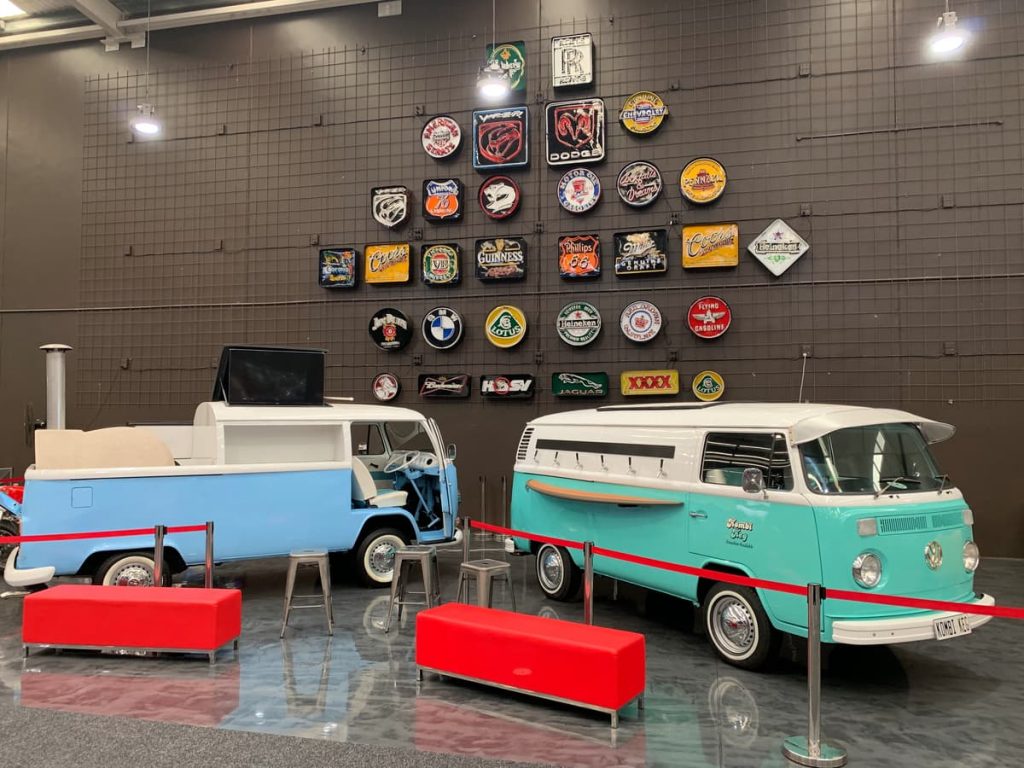