Jeff ‘Thommo’ Thomson; the man, the myth, the larrikin. 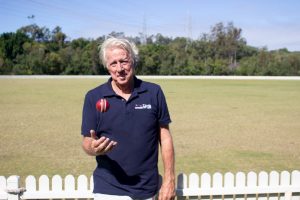 Jeff ‘Thommo’ Thomson; the man, the myth, the larrikin.

Get to know the man that is the famous "Thommo". Howazaaaaat! 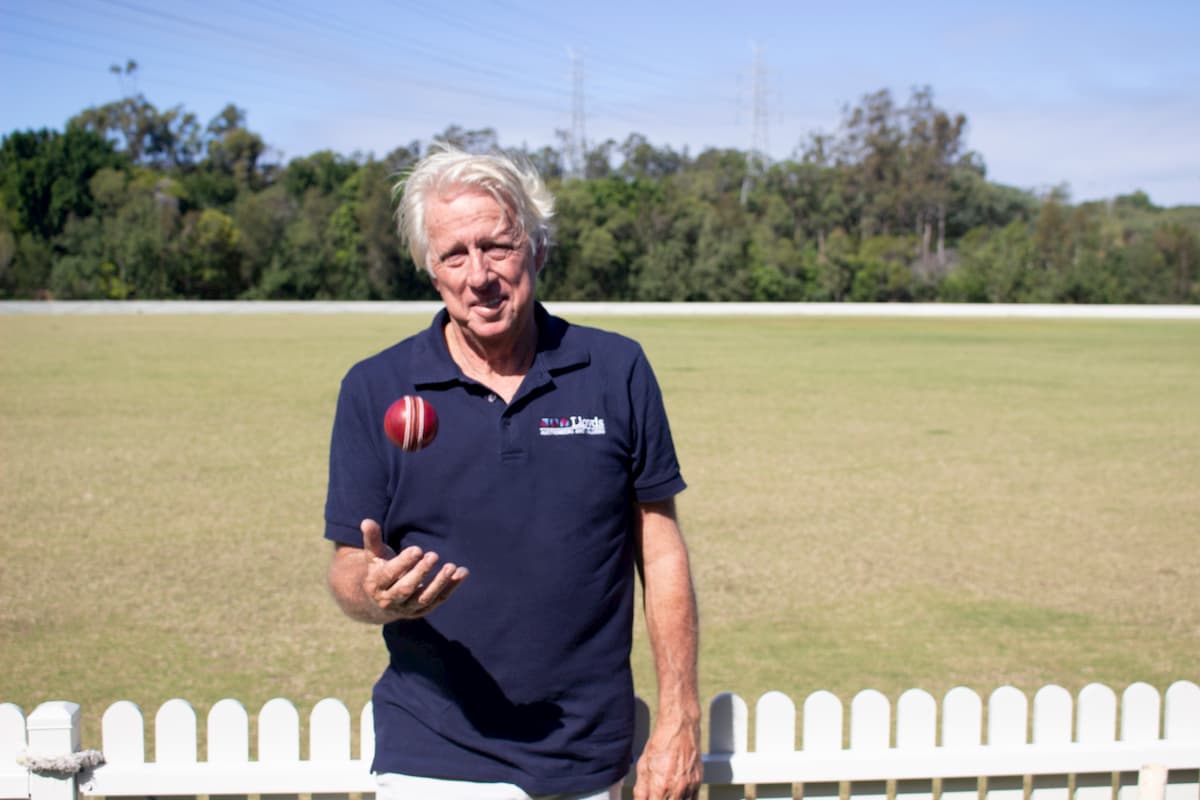 If you’re a true blue Aussie, you are more than likely very familiar with Thommo…. The World’s Fastest Bowler.

Back in a day when speed wasn’t often recorded, he was clocked from the batting end at 160 km/h. But many cricketers who played alongside him, and even Thommo himself, insist he could reach speeds of 180 km/h out of the hand.

He was part of the most feared opening bowling partnership in test cricket history, alongside fellow fast bowler Dennis Lillee.

Over the 13 years of his first-class career he took an incredible 255 international wickets.

Taking Bowling to the Next Level 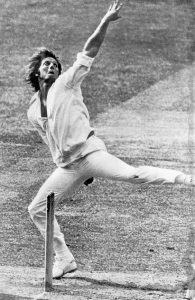 Thommo said his deliveries "jumped like a cobra", and they really did. He was famous for scaring the daylights out of batsmen before wearing helmets was even a thing.

Rumour has it that Thommo often joked that leaving “blood and teeth” on the wicket was his goal. Thommo’s wicked sense of humour has followed him throughout his life.

But it was the bowling technique he used that really made him stick in people’s minds. Still to this day, people can’t get their heads around it!

Thommo had an unusual but highly effective slinging delivery action that he learned from his father. Thommo’s sons have the exact same delivery, a skill that they were seemingly born with.

“I just shuffled in and went WANG!” Thommo says.

The closing line in Thommo’s biography by David Firth is “Thommo bowling medium pace, is like Ned Kelly playing with a popgun.”

The closing line in Thommo’s biography by David Firth is “Thommo bowling medium pace, is like Ned Kelly playing with a popgun.” 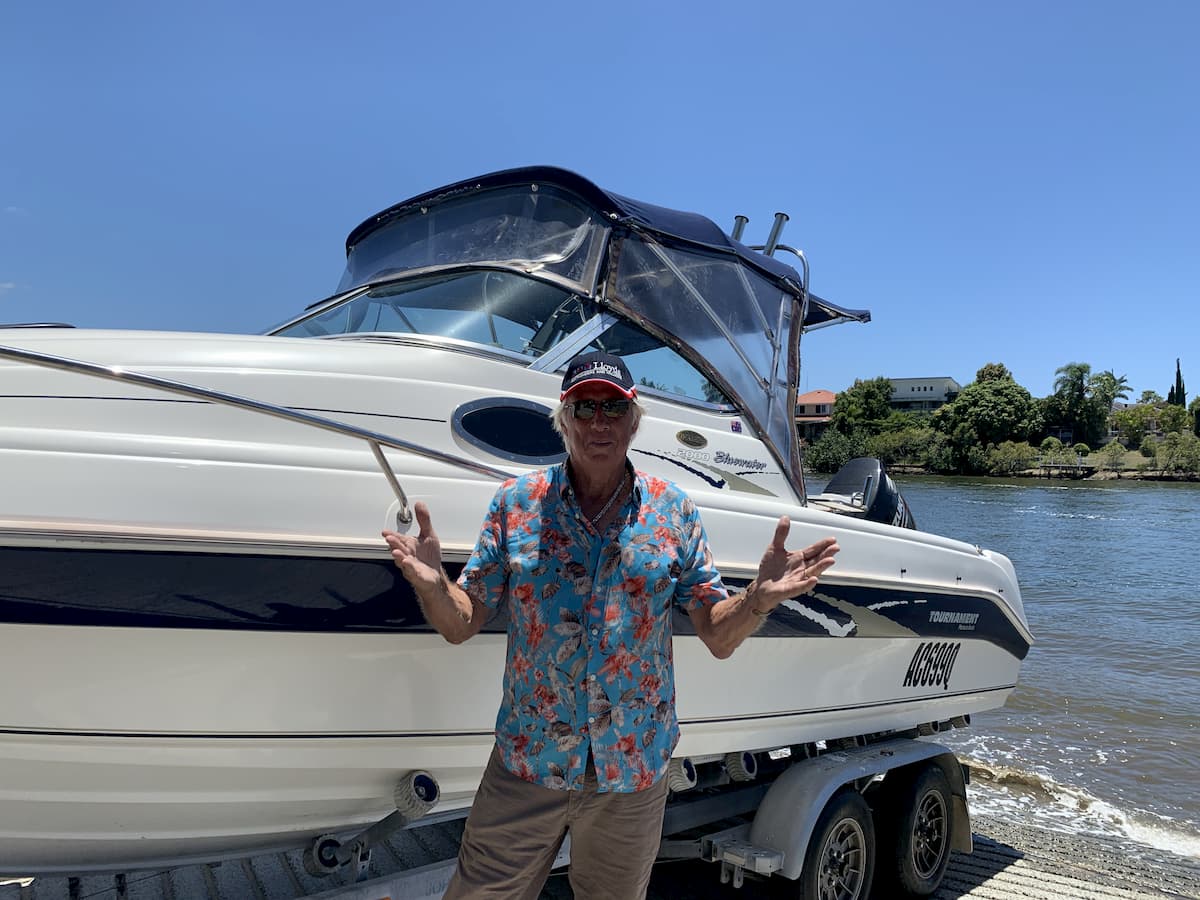 As long as he played cricket, Thommo was never very far from the headlines.

Making his debut in 1972-73 against Pakistan, he had a fairly average game. It was then revealed he had a broken bone in his foot which he had hidden from the selectors!

In 1979 Thommo was involved in a 12-day court case which decided whether he could play for Kerry Packer or if his contract was binding to Australia.

While the verdict was being announced, he was sitting at the back of the court, reading a fishing magazine.

Fishing has continued to be an integral part of Thommo’s life! He has now partnered with Lloyds to become our Marine ambassador after selling one of his boats via our auctions. 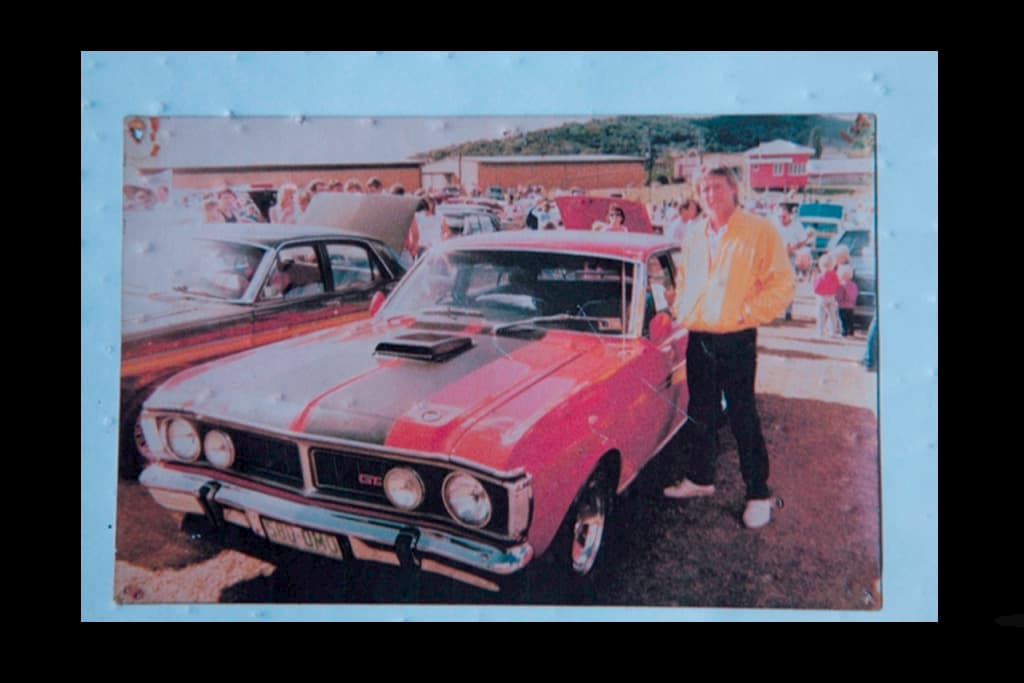 Thommo was first introduced to Lloyds Auctions when we reunited him with his old Ford Falcon GTHO Phase III ‘Big Red’ after 30 years.

The 1971 GTHO PHASE III was undoubtedly the fastest car of its time, dominating the top 10 of Bathurst. Thommo was the world’s fastest bowler in the 70s. It was a natural fit; fast wants fast.

But seeing everything that we do here at Lloyds Auctions got Thommo excited and he wanted to be more involved with the boats, cars and heavy equipment. He loves Lloyds and our toys!

Thommo was inducted into the Cricket Hall of Fame in 2016. During his speech he dedicated it to "the ones that don't come in this room tonight", the parents and coaches who took him to matches and helped him when in juniors.

After strong demand from fans around the world, we are excited to partner with the World’s Fastest Bowler to bring you his highly anticipated authentic cricket memorabilia commemorating “the good old days”.

“I have barely signed or given away any memorabilia at all throughout my career and I knew when I did, it would need to be amazing,” Thommo says.

Each set is an original and authentic memorabilia piece personally signed by Jeff Thomson. Each framed cabinet consists of an aged cricket bat inscribed with iconic milestones celebrating Thommo’s magnificent career including his test debut and final test as well as his matches, runs and wickets.

A personally signed cricket ball and certificate of authenticity, along with a limited-edition plaque finishes off the collectable set.

This memorable opportunity is the perfect gift idea for any sports room, board room, office or man cave. It truly is a piece to treasure and the ultimate point of interest for all cricket fans, old and young alike.

Only a limited number have been made, each one numbered accordingly. “Once they are gone, they’re gone!” Thommo says, so don’t miss out!

Don’t be that person who visits a friend’s house only to see them with one of Thommo’s personally signed “Burning Balls”, and you missed the chance!

Jeff Thomson’s limited-edition memorabilia set is available to you for only $995 for a limited time only, until sold out. 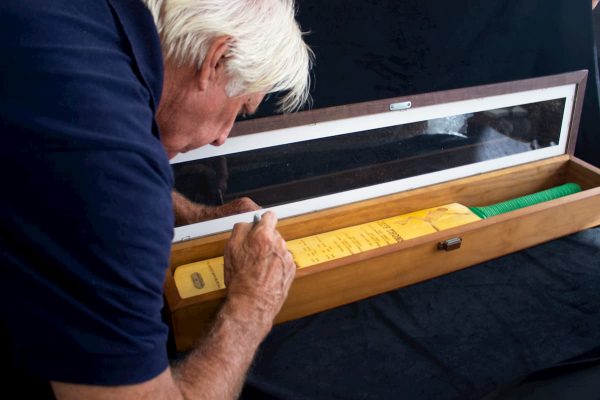