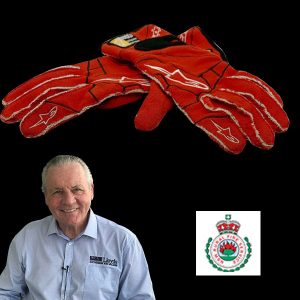 We have come together to offer our platform to fundraise for the fire-affected communities.

This fire season has been like never before. In NSW alone, almost 5 million hectares have been burned. The total area burned across Australia is almost the size of England.

These fires are making a devastating impact on the land and wildlife and on people as they experience huge loss and terror.

Lloyds Bushfire Relief Auctions will be online this week with all proceeds going directly to fire affected communities, firefighters and volunteers.

There will be zero costs and zero fees with 100% of the funds being donated directly into the accounts of charities and fire services including the Red Cross, Salvation Army, Wires and the RFS.

This is a perfect way of turning donated items into much needed cash for these communities.

You have unique opportunities at your fingertips

By bidding in these auctions, not only do you get to help a person in need (and we believe there is no better feeling), you can also get access to collector’s items or an experience for the whole family.

These auctions are full of unique opportunities not often seen anywhere else, and we are so grateful for all the incredible donations and are so proud to be able to offer them in support of people in need.

Aussie Cricket legend, Jeff ‘Thommo’ Thomson, the world’s fastest bowler, is putting his Baggy Green Hat and Cricket Vest up for auction. He doesn’t have much memorabilia left so these two items are very special.

The BeeGees are one of the greatest of all-time music sensations, and we are so thrilled to have in our possession an electric guitar signed by Barry Gibb himself. We can’t wait to see it go to a new loving home in the name of Bushfire Relief.

Home & Away star, Lincoln Lewis, donated his cherished piece of memorabilia signed by fellow cast members. Lincoln being very sentimental at heart has to keep something small from every job as something to remember it by.

When word got around set that he was looking for a memorabilia piece from the ‘Beachside Diner’ before it got burnt in the show, a cleaner pulled him aside and grabbed this sign for him before it was thrown out.

Lincoln then asked his fellow cast members to sign it and ever since the piece has been hanging on his wall at home.

100% of proceeds from this item will be donated to WIRES. In just a few weeks over 4.9 million hectares of land have been burnt in NSW alone; home to millions of animals.

With pre-existing circumstances of the drought many animals were already struggling. These innocent victims need rescue and refuge from the added devastation of the bushfires.

We have to commend Lincoln as we know this piece is very special and close to his heart with many memories attached to it from his time on Home and Away, so to donate this to raise funds for a great cause is incredible.

We have over 200 lots of incredible collector’s items, experiences and services. Other notable mentions include Megaboom 300,000HP Bipropellant Rocket Motor, a pair of jeans worn by Eric Bana in the movie “Chopper”, an Argyle Pink Diamond, Racing Gloves worn by World Formula 1 champion, Alan Jones, and a 1984 Los Angeles Olympic Games Uniform signed by Andrew Gaze.

We encourage you to get involved

All proceeds from these auctions will go directly to the volunteers and the fire-affected communities, through our chosen recipient, NSW Rural Fire Service.

Our frontline responders and volunteers in NSW are putting their lives on the line to save so many. Their courageousness and dedication are unquestionable, and their support is extraordinary.

A donator to these Bushfire Relief Auctions can also make a nomination that the funds raised from their donation go to any other State Fire Service, Red Cross, Salvation Army, or WIRES.

These auctions could raise millions of dollars, so for those wanting to get involved, we encourage you to head to our Bushfire Relief page.

Keep checking the page for updates where we have some truly incredible, rare and exciting items coming through these auctions that wonderfully kind people have generously donated.

We are so grateful for the amount of support we have received from the community, businesses and celebrities, and are glad we can do something to help those who are going through a terribly tough time at present.

If you would like to be in the loop with our upcoming Lloyds Bushfire Relief auctions, simply pop your email below and we will send alerts direct to your inbox.