Money can’t buy happiness… But it can buy a great bottle of whisky! 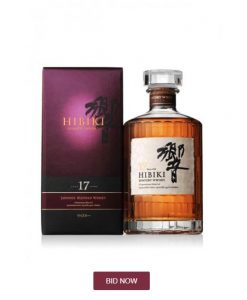 Money can’t buy happiness...
But it can buy a great bottle of whisky!

Whisky (or whiskey) is more than just a drink that makes you look sophisticated and feel good.

It is a world of grains, flavours, and distillation processes and which produces one of the few marketable items where older is mostly considered to better.

The spelling whiskey is common in Ireland and the United States, while whisky is used in all other whisky-producing countries such as Ireland or Japan.

Whisky made in Scotland is known as Scotch whisky, or simply as Scotch (which is most common here in Australia).

While aging in wooden casks, all whiskies undergo six processes that contribute to their final flavour: extraction, evaporation, oxidation, concentration, filtration, and colouration.

But the varied industry of whisky produces some bottles that can be picked up at the local bottle shop for $50 and others that can go to auction for six figures.

So, what makes the extraordinary difference and why are people willing to pay it?

What goes in to making a whisky? 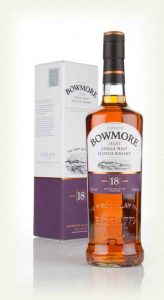 The formula for making whisky is simple in theory (Grain + Yeast + Water = Whisky), but the variations in this formula and circumstances can dramatically affect the results of the end product.

For every batch of whisky, there are two major factors that determine what it will taste like: the wooden cask it’s aged in and the environment the cask is stored in.

Whiskies do not mature in the bottle, only in the cask, so the age of a whisky is only the time between distillation and bottling. This reflects how much the wooden cask has interacted with the whisky, changing its chemical makeup and taste.

The types of wood used in constructing whisky casks can range from Spanish oak, American oak and Japanese Mizunara. Different woods come with different compositions, which creates a distinct level of woodiness in the final flavour profile but also come with different price tags.

Temperature and weather affect how quickly a whisky will age and also how much whisky is lost to evaporation; the infamous “Angel’s Share”.

The warmer temperatures generally lead to a faster ageing process to achieve the required taste but can increase the Angel’s Share. An aged 30-year maturation can have 30% to 40% of the alcohol evaporated in the barrel, or over 1% each year of the whisky’s life.

Older whiskies are expensive not just because they’re old, but more because they are rare.

Why are some whiskies so expensive? 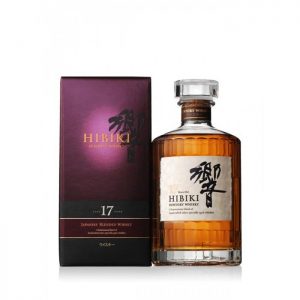 Some of Japan’s top distilleries source their water from snow which melts and flows down a mountain before being filtered through thousand-year-old granite rocks, making it an exceptional whisky.

But at the most basic level, the older the whisky, the more expensive it is. Of course, taste, rarity and clever marketing come into play as well.

The oldest whiskies available are aged for 50 years and can sell for up to $25,000 a bottle (in the case of Glenlivet’s 50-year-old single malt scotch).

The distillery is losing out on the use of those casks the whisky is stored in, the use of the space where those casks are held all the while paying the rents and the bills to keep the temperature regulated.

What is the difference between expensive whisky and cheaper whisky? 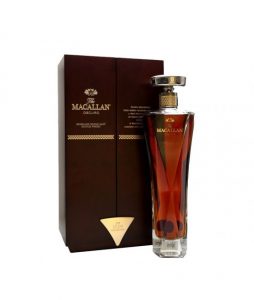 Because the distilling process requires that whisky be aged over time inside of wooden barrels, most stop the moment that they can.

Most of the cheaper blends available on shelves these days will most often be young; only being aged for 3-8 years. They are also typically made of grain whisky as opposed to generally-higher-quality malt whisky.

These are brands that prefer high quantity over quality, mass producing affordable whisky that can be sold all over the world.

What country a whisky is made in also plays a big role in reputation and how much they can charge for a bottle of their finest, much like any other luxury item or brand.

As with most other high-end items, expensive whisky will be presented in luxury packaging which must be incorporated into the final price.

For example, Glenfiddich have a 50-year-old single malt whisky which comes in a hand-stitched leather-bound case which has been lined with hand-woven silk and decorated with Scottish silver.

Why do people spend time and money collecting whisky? 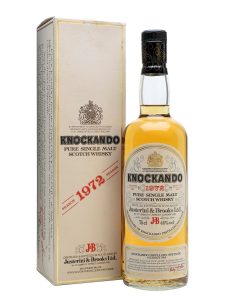 Only a true whisky fanatic will be willing to spend thousands of dollars on a single bottle. These people are the ones that are intent on being able to say that they have had a taste of the best of the best.

As long as these aficionados are still around, whisky distillers will continue to age their alcohol for as long as possible.

But several countries, including Japan, are beginning to make a big name for themselves in the whisky industry.

This leads to collectors either wanting to collect whiskies from across the globe or becoming aficionados in a particular kind.

Rarity is a big factor when it comes to how much people are willing to spend. Unopened whiskies that have been bottled for many years may have a rarity value.

The status and the value of these unopened bottles is held together by the idea that at any moment it could be opened, shared and enjoyed; the anticipation of revealing its greatness.

There is about 120 malt whisky distilleries in Scotland that are currently operating.

But there are also 40 “ghost” or “silent” distilleries that have shut their doors but are still releasing their aged whisky as it matures. This makes these bottles very rare and adds mystery and desirability to the brand.

Whisky can also be an investment as an expensive whisky will tend to appreciate in price with age. As its counterparts get opened and enjoyed, these old, unopened bottles become rare!

But most people are looking to spend money on something they enjoy. A whisky that makes them feel good after a hard day's work or one that gives them warm memories or puts a smile on their face.

A good whisky is one to share with friends and family. No matter if this is a birthday, Saturday night or a weekly get together. 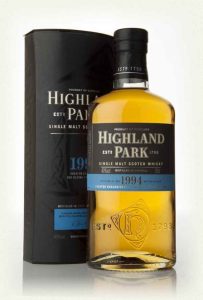 Did you think this whisky read was neat?

If you want to hear about our upcoming Wine, Beer and Spirits auctions, then pop your email below and we’ll send an alert straight to your inbox!