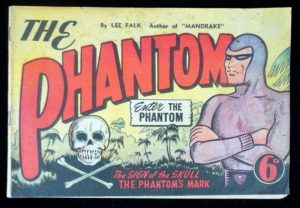 The Phantom – The Ghost Who Walks

It’s time to celebrate and take a trip down memory lane! The first ever edition of The Phantom was released 70 years ago on Sunday the 9th of September (yes, this Sunday just been!) and sold for a mere sixpence. Prior to that date in 1948 it had only ever been published as strip comics in the newspaper and magazines.

It was first published by Sydney publishers ‘Frew Publishing’, who are still publishing Phantom Comics today. But even they are very interested in a First Edition of one of their original Phantom comics because they are just so rare. It is believed they have one copy in their private collections, but certainly not any that are just sitting around! 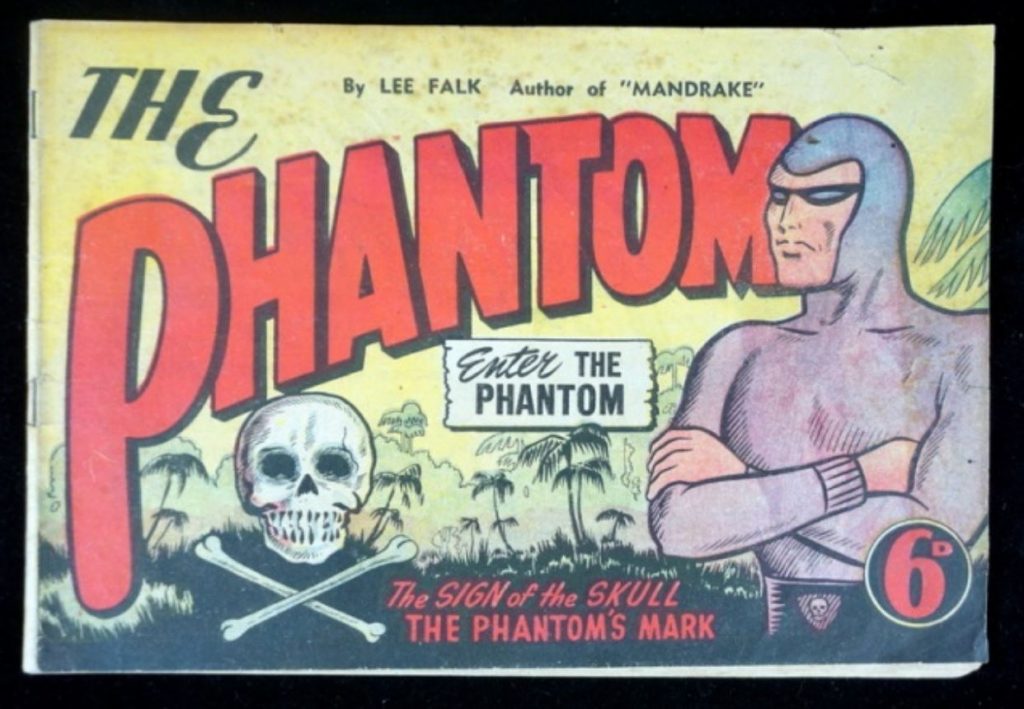 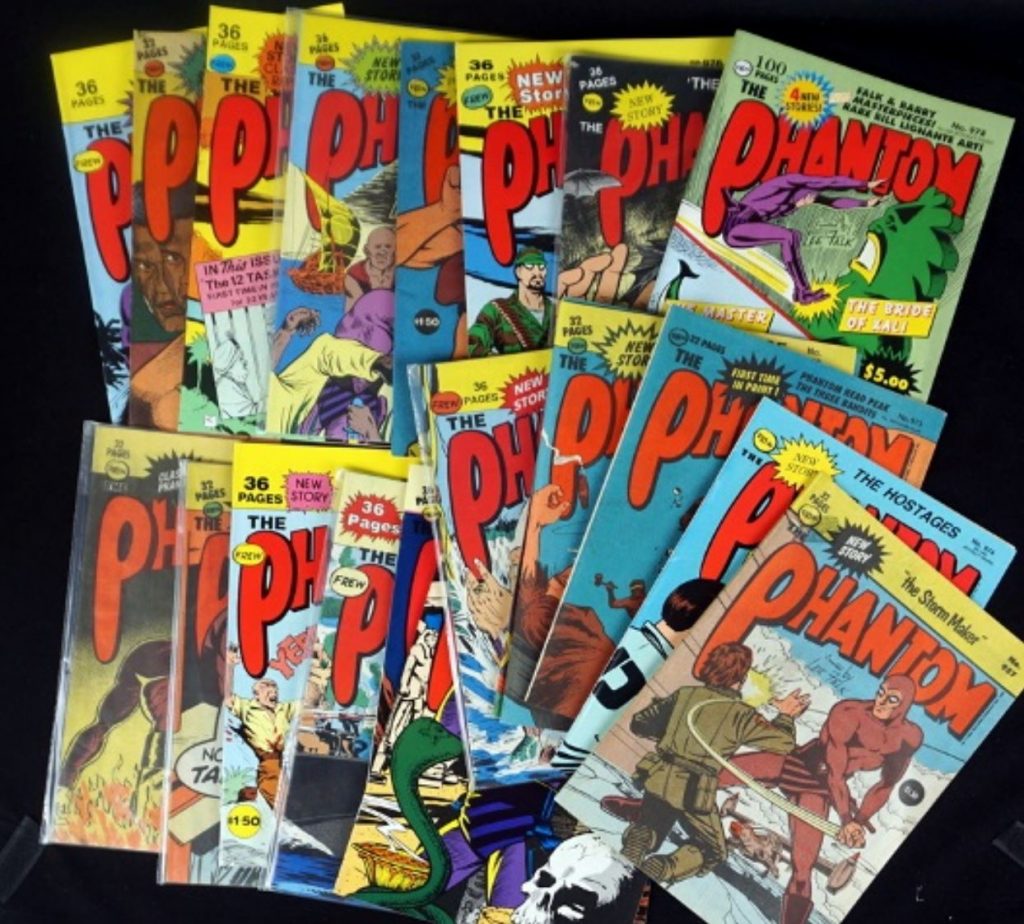 In 2001 a Dubbo woman auctioned her late father’s original, first edition Phantom comic, having no idea what it could be worth! It ended up fetching high five figures with rumours that it sold to a famous Australian cricketer, Bill ‘The Phantom’ Lawry.

“The Phantom: In the Tiger’s Lair” was bought when the vendor was about 17 paying approximately $2,000AUD for “The Phantom: Enter the Phantom” 11 years later in 1992. He had a huge comic collection and sold half of it in the late 90s. But the first two Phantom comics have been protected in a locked safe for the last 35 years and now it is somebody else’s turn to treasure them in a way they have been accustomed to!

Are you looking for Collectable pieces like these 'The Phantom Comics'?

Then sign up for our latest Collectable Auction Alerts and get notified as soon as they go to auction.

Do you have Collective pieces that you would like to put in our auction?
Click here to contact us and let’s discuss how we can assist.