We turn up the heat!

We turn up the heat!

Take a look at the story of one of Australia’s most iconic names in engineering and what it means for you!

You can’t imagine the scale of this engineering opportunity! In more ways than one… The sheer size of the engineering plant involved but also the reputation and iconic name behind it!

Walter Edmond Smith was an Australian Army officer and industrialist who fought in both World Wars. In civilian life he founded Australian engineering firm, WE Smith Marine and General Engineer, in 1922 which later became W.E. Smith Engineering Pty Ltd after his retirement in 1977. 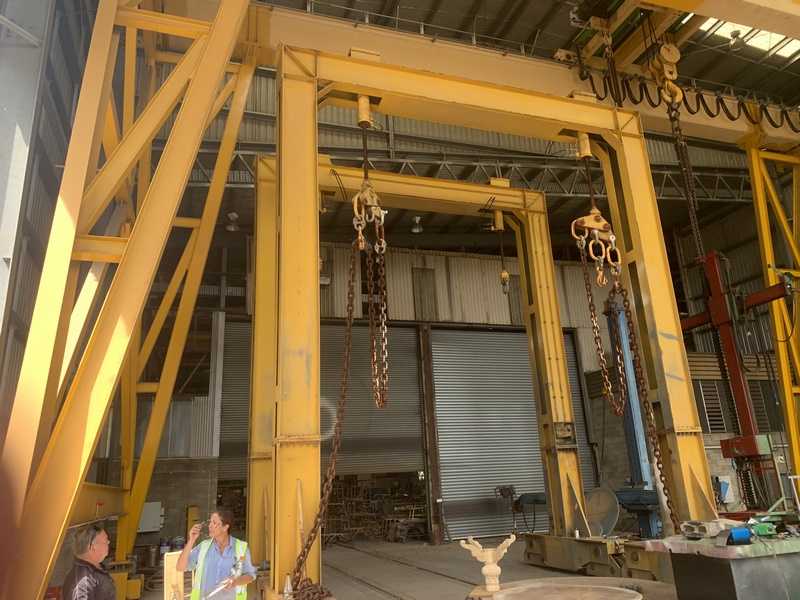 Setting up an engineering plant

This engineering firm has had some pretty interesting locations! During the war, W.E. Smith Engineering Pty Ltd moved from the Rocks area of Sydney, to the bays under the northern ramp of the Sydney Harbour Bridge… Imagine that being your office!

In 1968, the firm received the first significant New South Wales state decentralisation grant and moved north to the coastal city of Coffs Harbour. This was in order to move more jobs away from the main cities and make the engineering education, career path and salary available to more Australians!

Being set up in Coffs Harbour means it was in between both Queensland and New South Wales mining sectors which was perfect as they moved from making Hamilton jet boats to heat exchangers for the mining industry.

The configuration of their factory meant all aspects of heat exchanger manufacturing were able to be done in-house. Everything from engineering and design through to machining, forming, fabrication, stress relief, testing, NDT and the final surface treatment.

What do engineering plants do?

W.E. Smith Engineering certainly exported internationally but the majority of their work was made for Australia.

To give you an idea of the scale of their Coffs Harbour plant, it is over 20,000 square metres. Some of the heat exchangers they built were over 100 meters long and needed 8 prime mover trucks to tow them!

They sat on triple extendable trailers and some heat exchangers weighed over 400 tonnes. That’s so big that they had pull down street lights and power lines just to get them down the road!

Then they floated them out of Coffs Harbour via  barge and shipped them wherever they needed to go, but of course they also had to do the same thing with the street lights and power lines at the other end!

We saw roll formers, presses, milling machines and that sort of equipment becoming extremely popular across the nation. W.E. Smith would trade directly to their own industry because at that time, competitors couldn’t source many of the machines.

If you walk into any engineering business around Australia, you can almost guarantee that they'll have some piece of W.E. Smith Engineering equipment in their workshop. You could definitely say it is a workshop name as opposed to a household name!

Then it came to an end…

Unfortunately, W.E. Smith Engineering were hit heavily by the mining downturn as the large majority of their products were made for the mining industry. They saw a major decline in demands for their product as the work shortage continued.

W.E. Smith sadly went into voluntary liquidation in 2017, however an American company purchased the site with the intention to restart the plant. But due to a number of factors, they couldn't make it work and have engaged Lloyds and Aylward Auctioneers to jointly dispose of the surplus gear via public sale.

Now the mining industry is back up and firing, this gear is in high demand with companies unable to keep up with the increase in workload.

What does this mean for you?

Not only is it an iconic name but the auction will boast over 1000 items across 350 lots! This includes specialised large equipment but also plenty of smaller items and consumables that will appeal to smaller engineering companies and businesses or even home workshops.

The fantastic thing about the larger equipment is that although some of it it may be 30 years old, you’d be wrong to assume it’s out of date! They don’t make them like they used too!

Because they are built the way they are, they tend not to be outdated. For example, a 20-tonne lathe that is 30 years old is as good as a new 20 tonne lathe today!

Apart from the programming side of it, the actual operation of the lathe hasn’t changed a lot. In most other industries machinery or equipment this old would have been superseded but not here!

This opportunity is also subject great international interest and it is sparking already! For example, plants in India needing a large heat exchanger would need to order it, pay huge amounts to ship it and then have a long wait period while all of this happens.

There is nowhere local that manufactures them, and this is the case for a lot of countries around the globe. Therefore, they will be looking to buy some of the equipment to set up over there in order to save themselves from wait times and shipping costs.

Thursday 28th February will be a huge day for the mining and engineering sectors as companies try to snap up this rare and reputable equipment that has been well looked after!

Keep up to date with all our major civil engineering, transport, machinery and mining auctions by simply registering below.