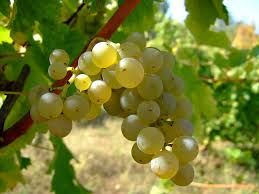 THE BEST FOOD MATCHES FOR SEMILLON AND SEMILLON-SAUVIGNON BLENDS

One of the world’s most underrated grapes yet capable of making some of its most delicious dry whites, Sémillon isn’t on the radar for many. So if you get hold of a bottle what should you pair with it?

Although there’s a marked difference between young unoaked Sémillon and those blended with its habitual stablemate Sauvignon Blanc it helps get a fix on it to regard it as similar to but less pungent than Sauvignon. Without that marked green, grassy edge that can make it too much of a good thing with foods that have herbaceous note of their own such as asparagus, peas and mangetout.

If I had to sum up the ideal match in a few words think shellfish, fish and spring vegetables. Here are a few more specific suggestions:

The Hunter Valley in Australia is the place to go for Semillon and has its most distinctive style. Fresh and zippy when it’s young, more complex and oily (in a nice way) as it ages this is the perfect wine for raw and lightly cooked shellfish especially with Asian flavours. (Think the delicious kind of food you get in Sydney.) Remember Hunter Valley wines are light – generally only about 11-12% ABV. Try them with:

Oysters, especially with an Asian dressing – the best match bar none

Dishes with a touch of citrus

Lightly cooked fish dishes such as seabass and razor clams

For older vintages try smoked fish such as smoked salmon, smoked trout and – this is surprisingly good – kedgeree

Fuller and riper, often with a lick of oak, Southern Australian Semillons can take richer fish and shellfish dishes and light meats like chicken and pork – again with an Asian accent. Try:

Scallops (probably my number one choice)

Thickly sliced ham off the bone

Other spicy but not over-hot pork dishes

For Australian sem-sauv I’d go for much the same sort of dishes as I would for a Hunter Valley Sémillon – perhaps a shade richer or with a little more citrus. This dish of pan-fried scallops with orange braised chicory, celeriac remoulade and lotus crisps was a perfect match or you could go for scallops with a pea purée. It would also stand up to a mild Thai green curry.

With oaked white Bordeaux I’d be looking at more classic French or European-style dishes like this light raviolo of prawns, simply cooked fish in butter like a Dover sole, poached salmon or a posh fish pie.

To purchase any of the Lloyds Auctions Wines, please click HERE.

For my pick of inexpensive Semillons see today’s Guardian column