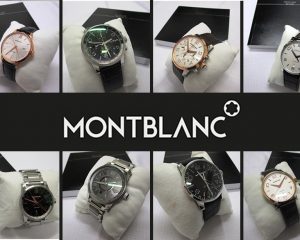 ‘Swiss made’ is a term that is applied to some of the world’s most well-crafted and reliable products. But, what does it mean when it comes to watches? The term applies primarily to the movement behind the construction of the timepiece. It is also a legal standard. ‘Swiss made’ watches are afforded the title under law. These laws were codified in 1971 and revised in 1995 in (you guessed it) – the nation of Switzerland.

A watch is determined to be ‘Swiss made’ by law only if it meets a specific set of conditions. The first is that the movement is of Swiss origins (movement refers to the mechanics behind the watch keeping time), the second is that this movement is encased on a location within the borders of the nation of Switzerland, and the third is that the manufacturer carries out the final inspection on the watch within this same mother-land.

Why Buy a Swiss Watch

So, that’s what defines a watch as ‘Swiss made’. But, the question remains as to why a ‘Swiss made’ watch is perceived to be far superior and more desirable in comparison to all other watches on the market. You have only to think of the brands Rolex and Omega to know that the ‘Swiss made’ stamp precedes all else. But, what are the concrete reasons for this?

That’s why ‘Swiss made’ watches are popular heirlooms and hand-me-downs. They stand the test of time – pardon the pun!

If you are looking for a ‘Swiss made’ watch you might like to check out some items for auction online. Visit Lloyds Auctions for a range of mens & womens watches along with some luxury timepieces going under the hammer.