Australia’s Most Significant Photographic Collection up for Auction

The Rose Stereograph Company Collection: one of Australia’s most significant photographic collections dating back to 1880, comprising more than 100,000 items is being auctioned.

The collection features moments captured in time such as the landing at Gallipoli, the very first known pictures of Queen Elizabeth II and even Ned Kelly’s armour taken during his trial. It was uncovered in the spare bedroom of a home in Victoria.

“There are original glass negatives in this collection that capture the very first moments of not only Australian but World history and some that may even change the course of history,” said Mr. Lee Hames, Chief Operations Officer for Lloyds Auctions. “We believe this to be a World first, to offer these tangible original glass plates which rival any modern photographic resolution”.
“This has to be one of the most important photographic collections in Australia if not the world,” continued Mr. Hames.

Over 8,000 Historic Photographs Available! Browse the auctions and categories below to find significant historic photographs relevant to you, your family, interests or location...

Browse this Series of Auctions

Click below to view our series of Rose Stereograph Collection auctions closing in June. Don’t miss your chance to own a piece of significant history. 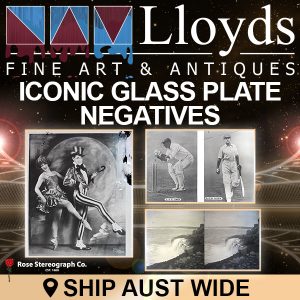 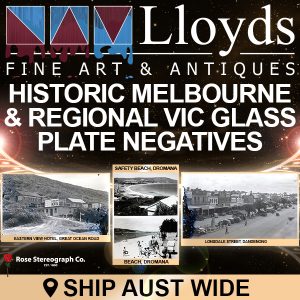 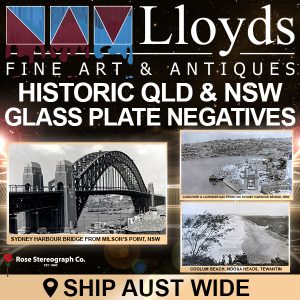 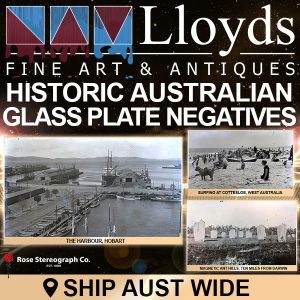 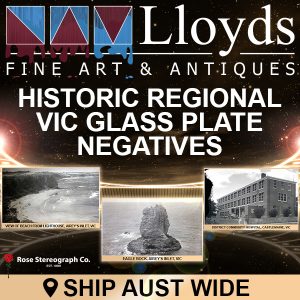 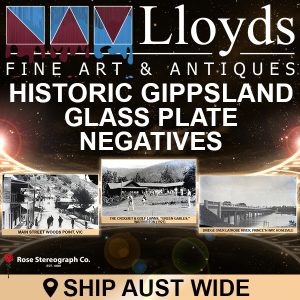 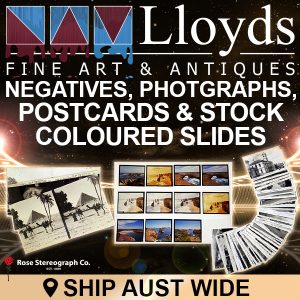 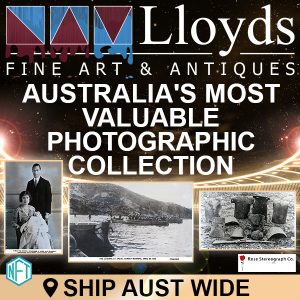 View ALL PHOTOS or click below to view historic photographs from the Rose Stereograph Collection by their location or category of interest.