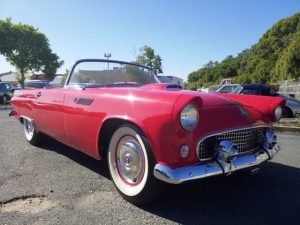 Thunderbirds were long and low and sleek and fast. They were classic in a word.

The story of how a car is still capturing hearts, almost 65 years on!

The Thunderbird is a real American icon. Throughout its history, a Thunderbird has been one of the most desirable cars coming out of the USA in the 1950s.

It’s a fun car and an iconic car that everyone can relate too. It has even been admired by pop culture icons such as James Dean and Marilyn Monroe and honoured in the classic song by the Beach Boys, ‘Fun Fun Fun”.

The ’55 Thunderbird is a unique car that features a 292-cubic-inch engine and an automatic transmission that was rare for cars of its era! Another interesting feature was the adjustable steering wheel column; this was designed to be a brisk luxury tourer and not a sports car. 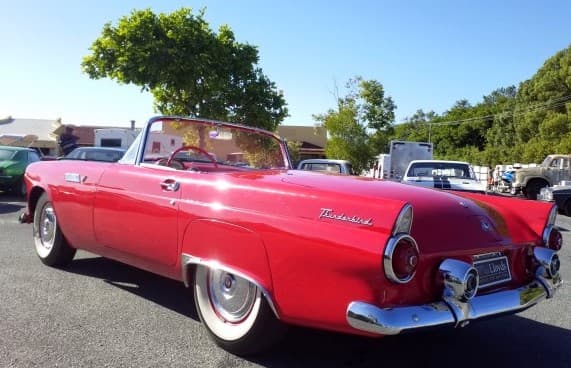 These cars are extremely popular amongst the nostalgic, rock and roll culture enthusiasts today. People love to remember and celebrate the “Fabulous ‘50s” (whether they were alive or not!).
Famous musicals (which then were made into movies) such as Grease and Jersey Boys inspire the younger generations to revel in the rock n roll culture!

Rockabilly festivals have popped up across Australia, including Gold Coast’s very own ‘Cooly Rocks On’, which feature music, dancing and good old-fashioned family fun. But a huge focus for these festivals is of course, the cars!

Hundreds of cars custom and classic cars and hot rods line the streets to take part in Show ‘n’ Shine contests as a chance for proud owners to showcase their pride and joy and to hopefully take home a prize!

Our friend Bill has always been interested in classic and collectable cars and has been a proud owner of many over the last 30 years including a Mustang and a good old Chevy. But a ’55 Ford Thunderbird was dubbed a “personal car” by Ford and Bill alike.
As a teenager, Bill had a Ford Customline which was a pretty upmarket car in its day! He was on the lookout for a Thunderbird as a more personal and smaller version of his beloved Customline.

This particular T-Bird came all the way from Oakland, California and was bought by Bill in 2010. It was showing its age when he became its new custodian, so he decided to do a full restoration.
This included a bare metal respray in the beautiful colour, Torch Red, and a re-chroming. The two-seater got brand new red and white upholstery and was even recarpeted including the boot trim!

Turning this original California car into a trophy winner has been a very satisfying journey, bringing it back to life. 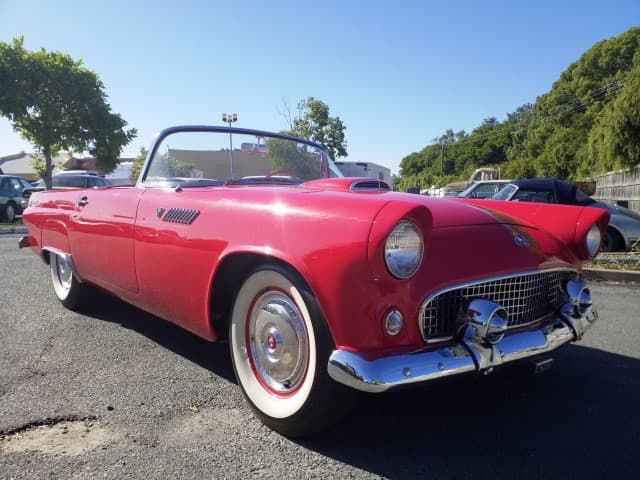 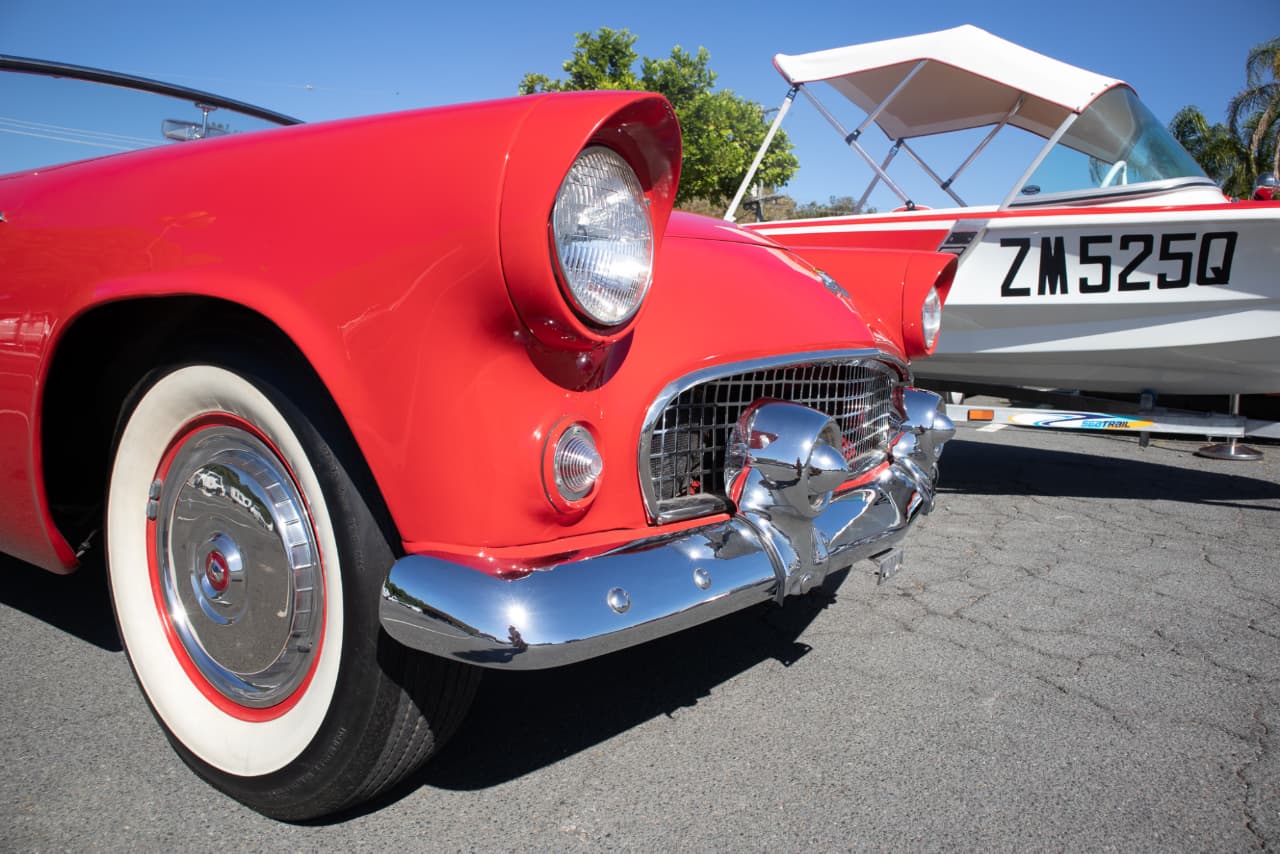 How it stands out from the crowd

He took it to an all-American car show a couple of years ago and it was one of his favourite days in his treasured Thunderbird.

A couple of girls were wandering around handing out promotional material and Bill said they flocked to the T-Bird like bees to honey! He kindly let them sit in the car and take pictures and keenly answered all their questions.

It turned out that these girls were the judges for the People’s Choice Award that day and of course, Bill’s 1955 Ford Thunderbird took home the prize because he was so nice to them!
The charming personality of its owner was not the only thing that rose this ’55 Thunderbird above the rest. Towing a matching 1964 Savage Javelin boat behind was the real way to stand out from the crowd.

Doing a full restoration on this runabout boat from the ‘60s was a project for Bill’s son, which he took great pride in. With all new trim and paintwork and matching red and white vinyl seats to the T-bird, this girl is certainly an eye-catcher!

A niche Australian-made boat, this was a ‘60s icon that was just for fun, cruising up and down the river or on the lake, fishing and skiing! It has that retro, classic look about it and fits in very well with the rock’n’roll period.

Bill really appreciated taking the Javelin runabout and putting it on display with the Thunderbird at the car shows as they really complement each other!

How would you like a mint Thunderbird of your own?

Bill is running out of space and has now shifted his focus on to restoring a 1959 Ford Galaxy to take to the all-American car shows.

Sad to see his T-Bird go, Bill wants somebody who respects and appreciates classic cars and the chic ’50s period to take on his prized car. Is that you? 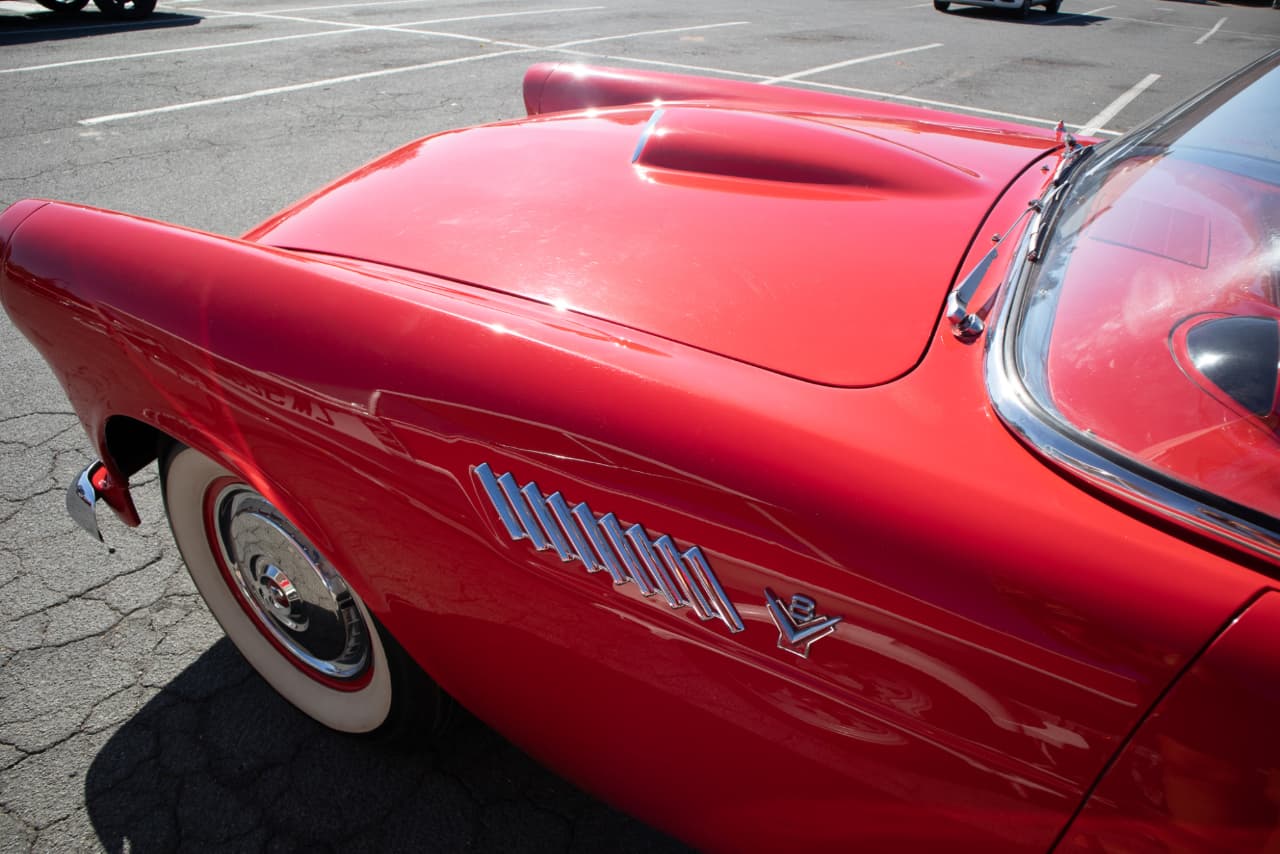