In a world first, Lloyds Auctions are offering an artistic representation of a Ford Falcon GTHO Phase III where its ‘physical’ counterpart is set to also break Australian auction records this Saturday.

“We are receiving a lot of attention Nationwide on the ‘physical’ Ford Falcon GTHO Phase III in Yellow Glo which is set to sell for a high 7 figure amount come auction day breaking a record for the most expensive road registerable Australian classic,” said Mr. Lee Hames, Chief Operating Officer for Lloyds Auctions.

“Not only is this going to break a record, but we will also be setting a world first for an auction house to offer blockchain verified classic cars to the public with an exact digital replica of the same Phase III in Yellow Glo expected to sell for many thousands of dollars,” Mr. Hames continued.

“We are very excited to be taking lead on this trending blockchain technology that Blockstars Technology have created for Lloyds,” said Mr. Lee Hames.

An NFT is an item of value stored on an internet technology called blockchain. This certifies that the digital asset is unique and provides irrefutable proof of ownership.

“The digital blockchain classic car auction has been up for only 2 weeks and already bids are far exceeding the original 1971 retail price of just over $5000,” said Mr. Hames.

“We have already received interest from some collectors of cars and art around the country who are excited by the opportunity in this first edition release,” Mr. Hames continued.

“Based on the prices and enquiries we are seeing on this auction already, we expect digital classic cars to be the next big trend in collectable art,” continued Mr. Hames.

This Ford Falcon GTHO Phase 3 verified blockchain NFT art collection is an artistic representation of the exact car with the same options as they were sold off the showroom floor in the early 1970’s.

Ford Falcon GTHO Phase 3’s are highly considered as the pinnacle of Australian classic cars and have consistently increased their value over their life span since its release in 1971 and has broken records with Lloyds selling several for over $1,000,000.

“We really see the prosperous future in Blockchain technology and expect it to have a massive impact on art, cars and also supply chain management,” continued Mr. Hames.

It is going to be a massive weekend of record-breaking auctions this Saturday and Sunday. You can view the entire collection of the Ford Falcon GTHO Phase III NFT’s here or visit https://www.lloydsauctions.com.au for more information. 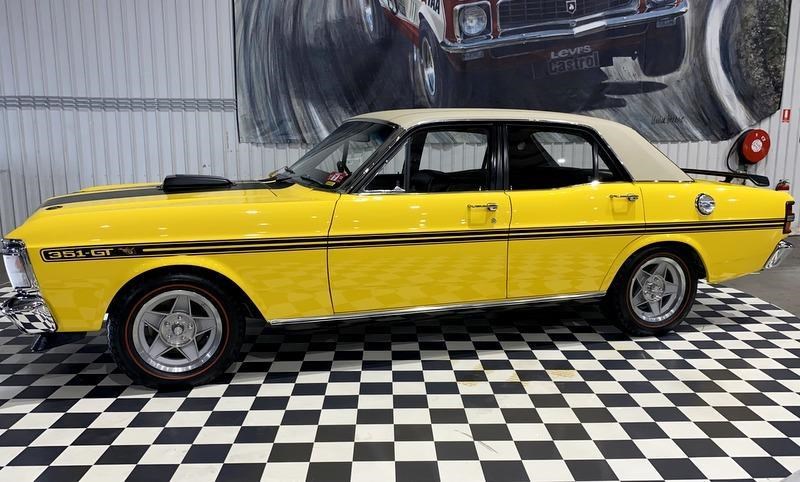