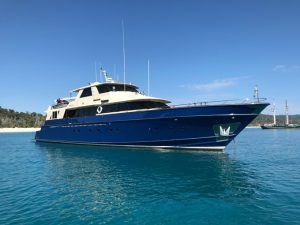 “I have chosen to retire from many of my business interests and I am now offering Shafston Estate, as well as its
contents for sale in the hope that the historical significance will be treasured and preserved into the future,” said Mr.
Keith Lloyd.

Mr. Keith Lloyd a well-known and respected member of the Brisbane community and current owner of Shafston House Estate is retiring, announcing the closure of Shafston International College and offering the rare and collectable contents to the public via an online Auction.

“This auction is full of history with many stories to tell with pieces Keith has collected from all around the world. Items include antique furniture and collectables dating right back to the early 1900’s and even older. We are extremely honoured to be conducting this significant auction for Keith,” said Mr. Lee Hames, Chief Operations Officer for Lloyds Auctions.

The auction even features an extremely rare chest dated 1768 from the ‘George III’ ship that travelled from England to Australia transporting convicts, however, was discovered shipwrecked on rocks on its way to Port Arthur in 1835.

Mr. Lloyd is recognised for his personal interest and contribution to the heritage restoration of Shafston House as well as an entrepreneur and businessman contributing to Australia’s reputation as a shipbuilding nation.

His vision was to restore the aesthetic significance and values of the Victorian Gothic Style Architecture, gardens alongside the Brisbane riverside setting retaining the heritage landmark.

Shafston College opened in 1997 to promote educational opportunities at the Kangaroo Point campus with over 130,000 students both locally and internationally enrolling since.

Also, up for auction is Mr. Lloyd’s personal 110ft Luxury Superyacht, the Southern Cross II which he built to play a crucial role as the mother ship in the 1983 successful challenge by Alan Bond for the America’s Cup.

Since 1983 to the present day the Southern Cross II has been a proven traveler traversing the world 8 times in luxury and comfort and now presents in showroom condition.

Keith Lloyd had the dream to manufacture ships with the shortest of design briefs being ‘supreme quality’. He established Keith Lloyd Ships Pty Ltd in 1975 in Brisbane signaling a new era in Australia for the construction of aluminum ships for both the luxury super yacht and commercial shipping markets.

With online bidding open for both auctions now, the current bid on the superyacht is over $1 million dollars with the LIVE auction at Shafston House to be held this Friday. Inspection of the Shafston House estate contents will also be this Friday with the auction ending on Monday night at 7pm.