Over 160 years of Farming comes to an End 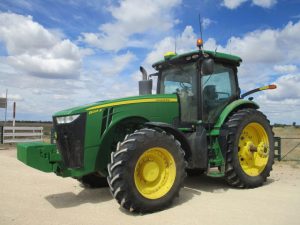 One of Australia’s oldest farming families is at the end of an era, selling up its farm equipment in early March after farming since the mid 1800’s in QLD making the difficult decision to change lifestyles.

This end of an era clearance with up to 2000 lots in the auction where most of the lots will be going up completely unreserved in an auction on March 6, 2019 that has opened and is online for bidding now.

“There are millions of dollars’ worth of equipment in this auction and the equipment is unprecedented in quality, perfect for people looking at purchasing agricultural or heavy equipment for their farms,” said Mr. Glenn Screech – Head of Agricultural Sales for Lloyds Auctions.

Due to the great demand and interest in the equipment within the auction, Lloyds Auctions have had to break down the amount of lots with grouped items into separate lots to provide further opportunity for buyers to purchase the equipment they are in need of.

“We have already had 100’s of inspections on site in Goondiwindi with popular interest in the ‘ready to work’ fleet of Agricultural, Transport & Earthmoving Equipment.” Mr. Screech continued.

“After over 160 years of farming we are sad to come to the end of an era but it was the right decision,” said a family representative.

“We expect the equipment to be sold Nationwide not just on the Granite Belt Region due to the massive number of enquiries we have had on the website and on the phones,” Mr. Screech said.

The auction is now open for bidding online and will culminate on Wednesday March 6, 2019. Inspections for the equipment are currently underway from 8am to 5pm daily up until the auction day.

March 5 will hold a special inspection day event with a special guest, food and drink at midday, keep checking the Lloyds website for further details at www.lloydsauctions.com.au