The Top 12 Father’s Day gifts you can buy for Dad, just in time for next weekend! 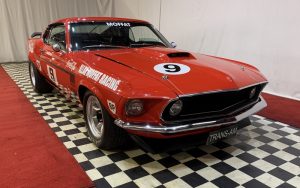 .elementor-element.elementor-element-2706c62b.elementor-column.elementor-col-100.elementor-top-column
{
display: none;
}
.rss_content {
font-size: 10px;
}
.elementor-message.elementor-message-success {
color:yellow;
}
.entry-thumbnail {
display: none;
}
header.entry-header
{
display:none;
}
.elementor-button-text
{
color:white;
}
.elementor-heading-title
{
font-size: 60px;
}
img.car{
border-radius: 5px;
margin-bottom: 15px
}
The Top 12 Father’s Day gifts you can buy for Dad, just in time for next weekend! https://www.youtube.com/watch?v=bYt_diRgFoQ If you think Dad deserves some real spoiling, then we have the gift ideas that would make this Father’s Day simply unforgettable! We have three unbelievably perfect auctions this Father’s Day Weekend, making sure we have something that is perfectly suited to Dad’s taste. Whether he likes reliving his glory days in the arcade, decorating the mancave with vintage treasures, or is looking for an Aussie muscle car of his own, we have his dream present waiting for him. We have chosen our Top 12 presents to buy for Dad to make this Father’s Day his best one yet!

This really is a special opportunity for you and your Dad. Signed memorabilia specific to your Dad’s interest is a great way to make his home feel more personal. Whether it’s a music artist, sports star or a movie poster signed by an admired actor, memorabilia is often a cool and funky way to bring colour and personality to a space!

After joining the team in 1998, Sterling Marlin wasted no time earning his first checkered flag in the Gatorade 125 qualifying race at Daytona International Speedway. In 2002, the No. 40 “Silver Bullet” car continued their record breaking pace. Marlin lead the championship points standings for 25 consecutive weeks before having to sit out the remainder of the season due to a neck injury. Jamie McMurray served as a replacement for Marlin and won his first NASCAR race in only his second Winston Cup start. McMurray still holds the modern era record for winning his first race in the shortest number of starts! This grey and blue, Coors Light hood is the perfect NASCAR treasure for Dad to hold on to. 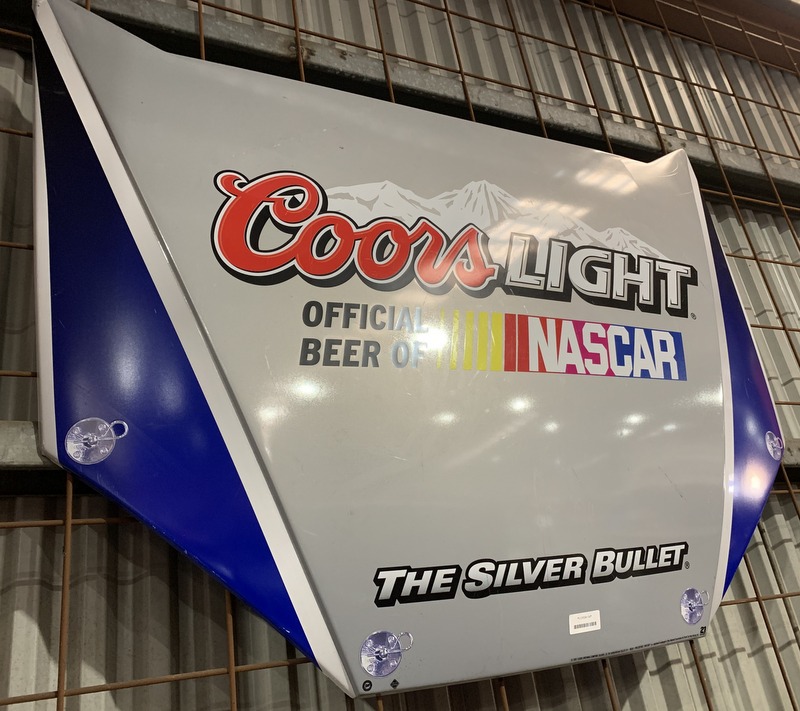 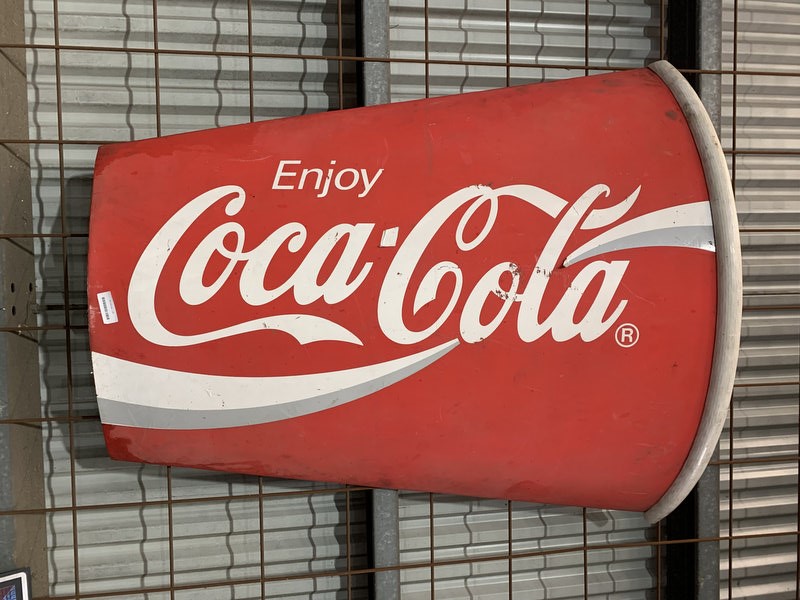 This fiberglass beauty is not only an eye-catching tribute to the world’s most popular soft drink, but a highly desirable collectable! If Dad loves Coke, this investment could be the perfect addition to the wall of the mancave. Plus, it’s UNRESERVED meaning it is an unmissable opportunity!

These stunners are guaranteed to add a touch of urban city fun to Dad’s space.   Looking funky in a bedroom, office, living room or hallway, the famous universal design makes them iconic and versatile. Known as ‘stop lights’ in the United States, this could be the parenting assistant that Dad needs! 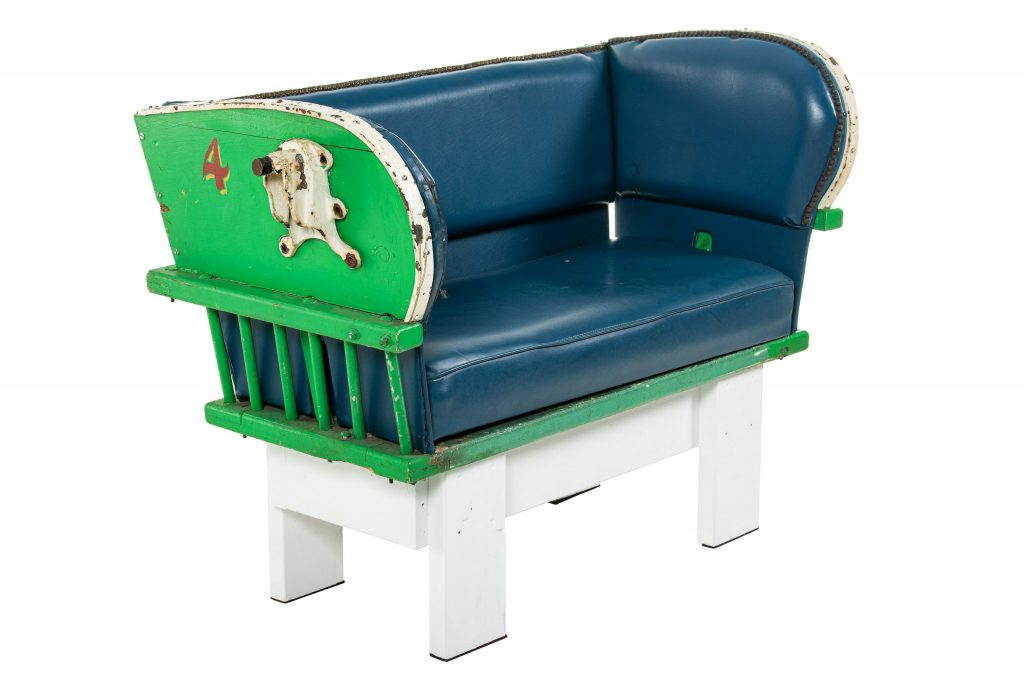 Does Dad feel like he lives in a circus sometimes? This timber framed, Ferris wheel seat came from a carnival in the USA and it the perfect little collectable to add extra seats in the mancave. A real conversation starter, this is the perfect piece for the Ringmaster!

Although the gaming industry has changed vastly with the introduction of in-home gaming consoles, arcade games still hold a place in the market… and in our hearts!

Whether it is as an investment, something to play with your mates or quality time spent with your kids, buying an arcade machine is a must!

The Pinball, Arcade & Amusement Game Extravaganza auction is for collectors, investors or gamers and for the young or the young at heart. ️ 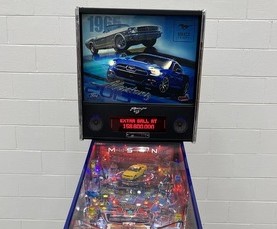 In April 2014, the world’s oldest and largest producer of arcade-quality pinball games, Stern Pinball, announced the feature rich “50 Years” of Mustang Limited Edition Pinball. This machine has exclusive game features and graphics featuring Mustangs from the original through the newer Mustang GT and is number 136 from just 500. Combine Dad’s love of games and ‘Stangs with this highly collectable, limited edition game!

With all the classics, this cocktail table design features 60 games in one multigame console… Dad will never complain about being bored again! Spend some good old-fashioned quality time with Dad this Father’s Day and face off in the 2-player mode. You could create a family wide tournament or set up the coin slot and make some cash for beers later! 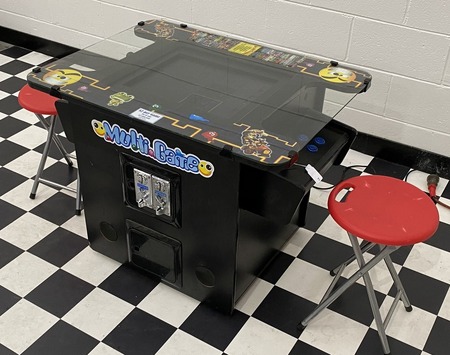 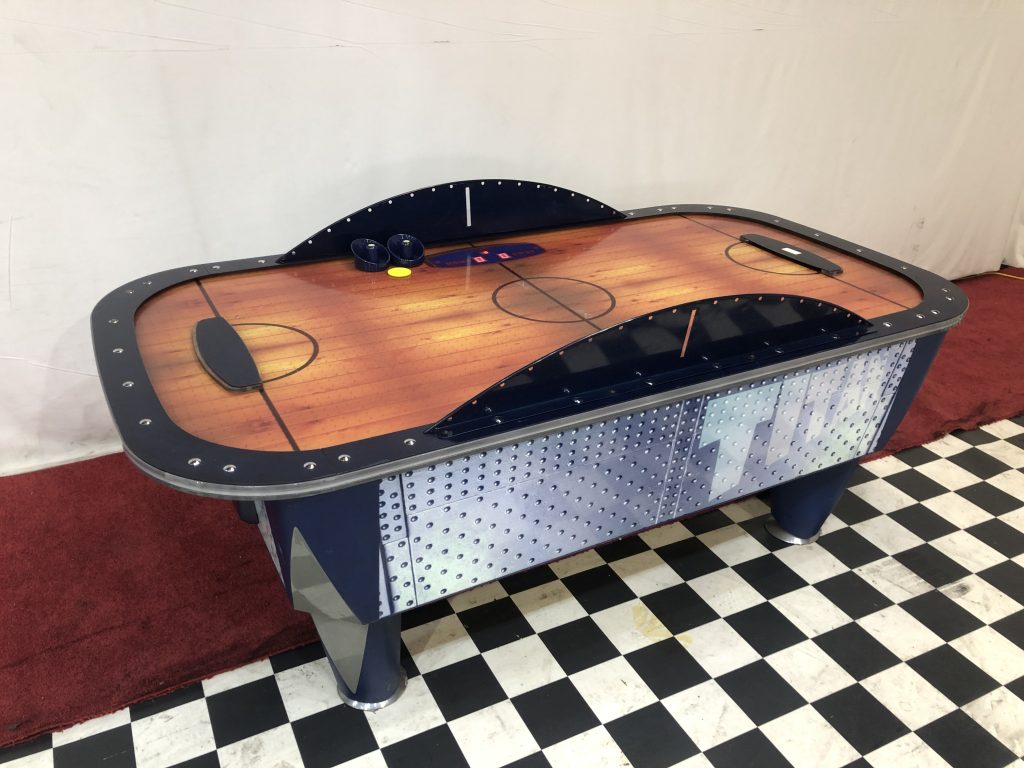 This is no ordinary air hockey table… The big feature of this one is the revolutionary toprail and goal design that means even faster and more exciting play. The goals are set in from the playfield ends, much like actual ice hockey. This top of the line air hockey table means fiercer Friday night competitions between Dad and his mates!

The Champion Pub is a pinball game released in 1998, centered around boxing in a 1920s pub. The playfield includes a punching bag, a boxer figure, and a jump rope that consists of a rotating wire that the ball must jump over! If you are after something unique for Dad this Father’s Day, this is it! 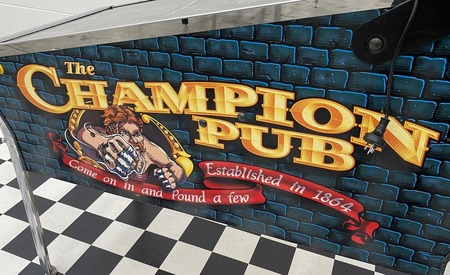 And if you think Dad deserves some real spoiling, then a Classic Motorcycle or Classic Car would make this Father’s Day simply unforgettable! 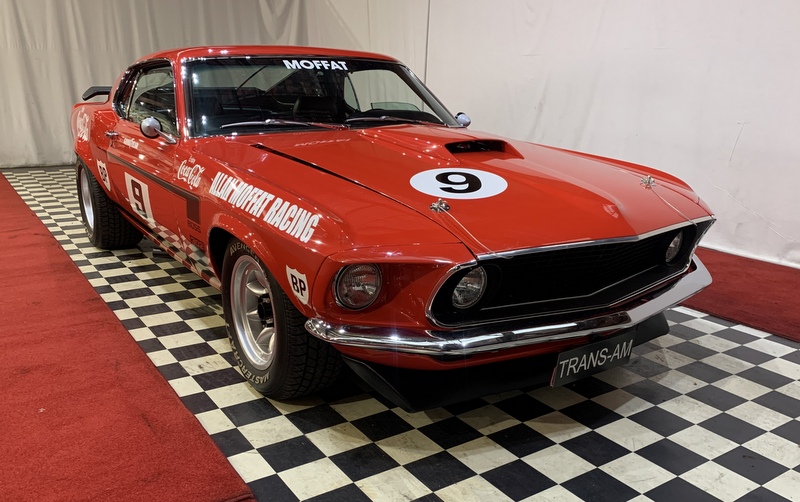 This project started in 2010 with a full restoration including countless hours and money spent. The previous owner was allowed photograph and measure the original Allan Moffat car! With all the hard work finished, the attention to detail to replicate the original Allan Moffat Mustang is a testament to the owner/builder. Could your Dad be this beauty’s new custodian? 1973 Ford XA GT RPO83 This is a genuine August 1973 produced XA GT RPO83. This stunning car has travelled a genuine 91,046 miles from new and is a verified 1 of 1 vehicle produced in this particular combination of specifications. This is a must-see! Not only is this beauty a rare find, but eye-catching too as one of only 11 RPO83's that were produced in Wild Violet. If Dad likes to stand out, then this is the ultimate treat for him! 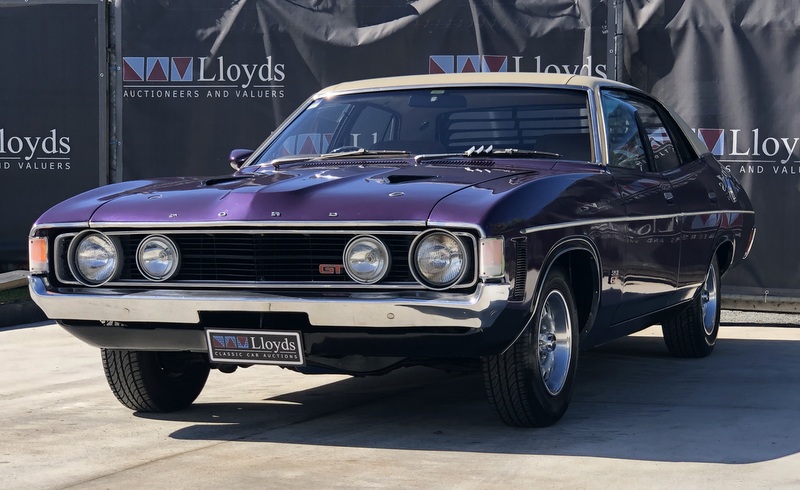 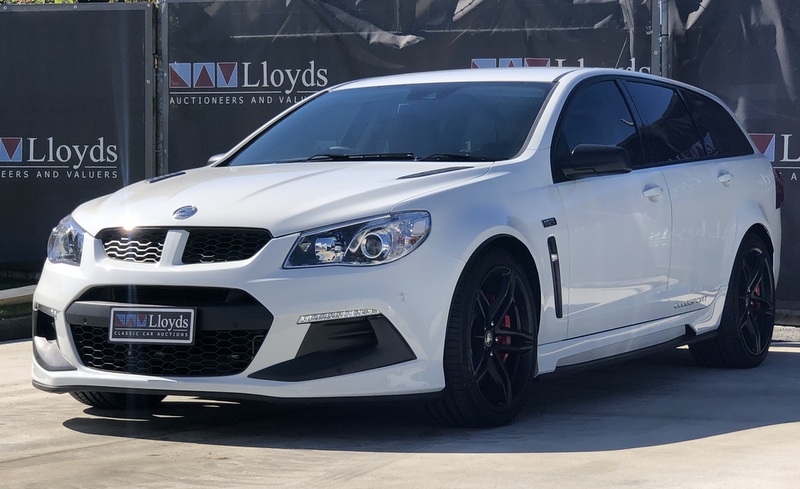 BID NOW 2016 Holden HSV Tourer R8 LSA Clubsport Wagon Forget the personalized plates this Father’s Day, they come with this single digit build, #4! But even with an 8-Cylinder LSA Supercharged Petrol engine and all the bells and whistles, this car shouldn’t be going far… If a low odometer is something that Dad values, then you can’t go past the low kilometers on this one! 2011 Porsche Cayman R This is an exceedingly rare vehicle with only 11 imported to Australia and 100 worldwide in RHD. An exciting car, this exceptionally well kept 2011 Porsche Cayman R ordered in Peridot, has just 19516 kilometers recorded since new! The complete package, the Cayman R is a far more affordable option to buy a track-focused and collectable modern Porsche for Dad. 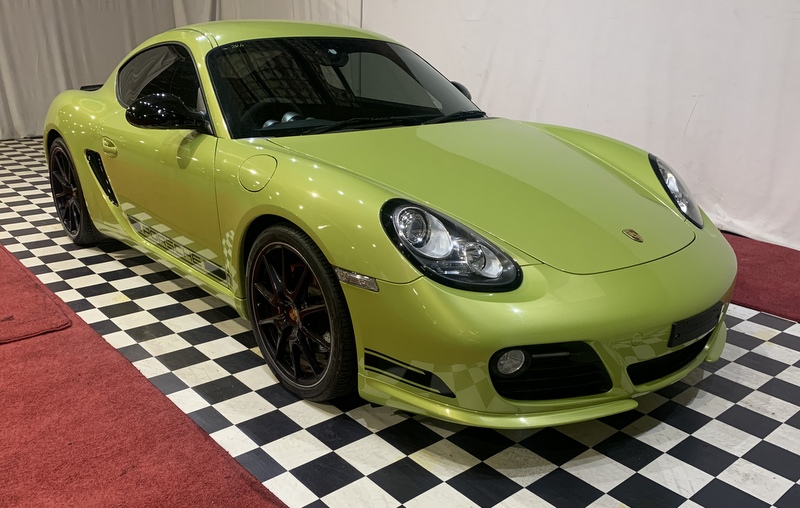 BID NOW If you want to keep up to date with all our unbelievable Classic Car auctions and events, then simply pop your email address below and we will send notifications directly to your inbox!