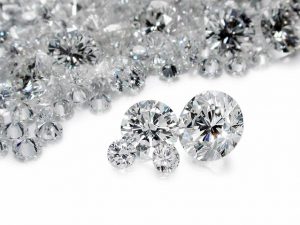 Are you looking to buy diamond jewellery so that you may spoil your loved one? For centuries diamonds have been recognised as the universal symbol of love. This is largely because of their extreme hardness and lustre. But, there’s much more to diamonds then you might realise.

Did you know? The largest ever diamond of gemstone quality weighed 3106.75 carats. It was cut into 105 diamonds including the Cullinan I and the Cullinan II (known as the Great Star of Africa and the Lesser Star of Africa respectively). Both gems are now part of the British Crown Jewels.

Did you know? At one time Jewish high priests used diamonds as divination tools to determine if someone was guilty of a crime or not. The more truthful someone was, the more the diamond placed near to him or her would sparkle. That’s basically trial by diamond!

Did you know? The word ‘diamond’ comes from the Greek word ‘Adams’ meaning unconquerable.