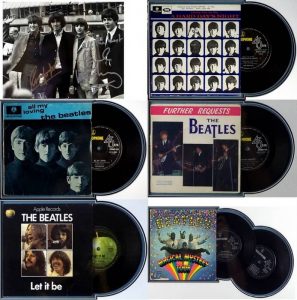 Why is signed memorabilia so important?

The difference between fans and investors.

As long as people have been infatuated with celebrities, they have been collecting anything that is even remotely connected to them. The holy grail being a signature, fondly referred to as an autograph.

This collecting of autographs has become so popular it even has its own hobby name, “philography”.

While there are serious investors prepared to part with huge amounts of money for a signed item, they are also competing with keen fans who are so keen to own a prized memento of their favourite artist, actor or sports star.

These fans collect for emotional and often nostalgic reasons and truly cherish their pieces. But those who simply want to profit from their collecting are still better off buying something they would enjoy owning. The market can often turn so if the monetary profit disappears then at least they still have something of pride to show for their investment! 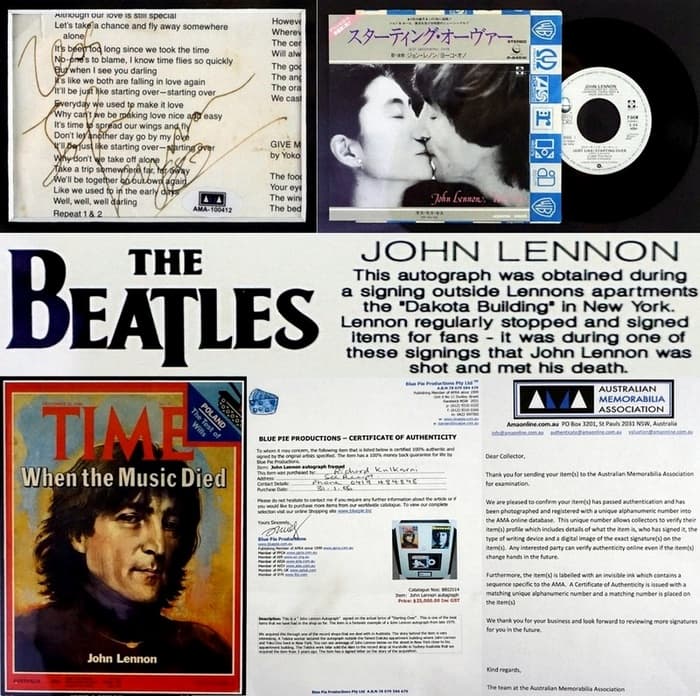 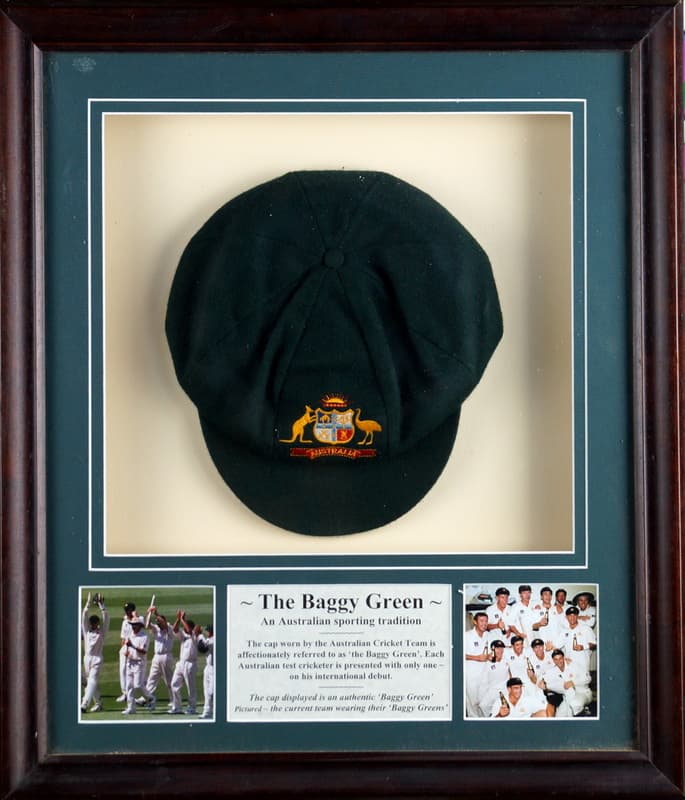 What do people collect?

Memorabilia can cover a diverse range of items. By definition, it is just any object kept or collected because of its associations with memorable people or events. It ranges from the weird and wonderful to classic and iconic pieces.

It is rumoured that one Lady Gaga’s acrylic fingernails sold for a surprising £10,000 and John Lennon’s rotten tooth sold for $31,000USD!

But more typically, music items for sale will include concert programmes, signed photographs, musical instruments, lyric sheets and musical notation, and the costumes and clothing that have been worn by a pop star or band.

Clothing that has become iconic, like Michael Jackson’s white glove or a ‘baggy green’ cap (that is traditionally awarded to mark an Australian Test cricketer’s debut) has also become a highly desirable collectable!

But understandably, it is famous musical instruments, sports gear, props, or cars, which are often expensive items in their own right, that fetch the highest prices at auction if they are linked to celebrity or famous pop culture moment.

Why do fans collect?

For most people who collect, the value of their collections is not financial but emotional.

The memorabilia allows them to relive their childhood, connect themselves to a period or to a time they feel strongly about.

An autograph gives admirers of celebrities something tangible to possess and touch. It is something personal and specific to their favourite celebrity. It can be memento of them meeting their idol, like having their photo taken in front of the Sydney Opera House. Its proof they were there and a way to bring the memories of the occasion flooding back!

But some people simply collect for the thrill of the hunt and for these collectors, collecting is a lifelong quest which will probably never be complete.

But the thrill of pursuing their autograph goals and trying to put together one of the best autograph collections around is trumped by actually meeting people they see on TV, in real life. 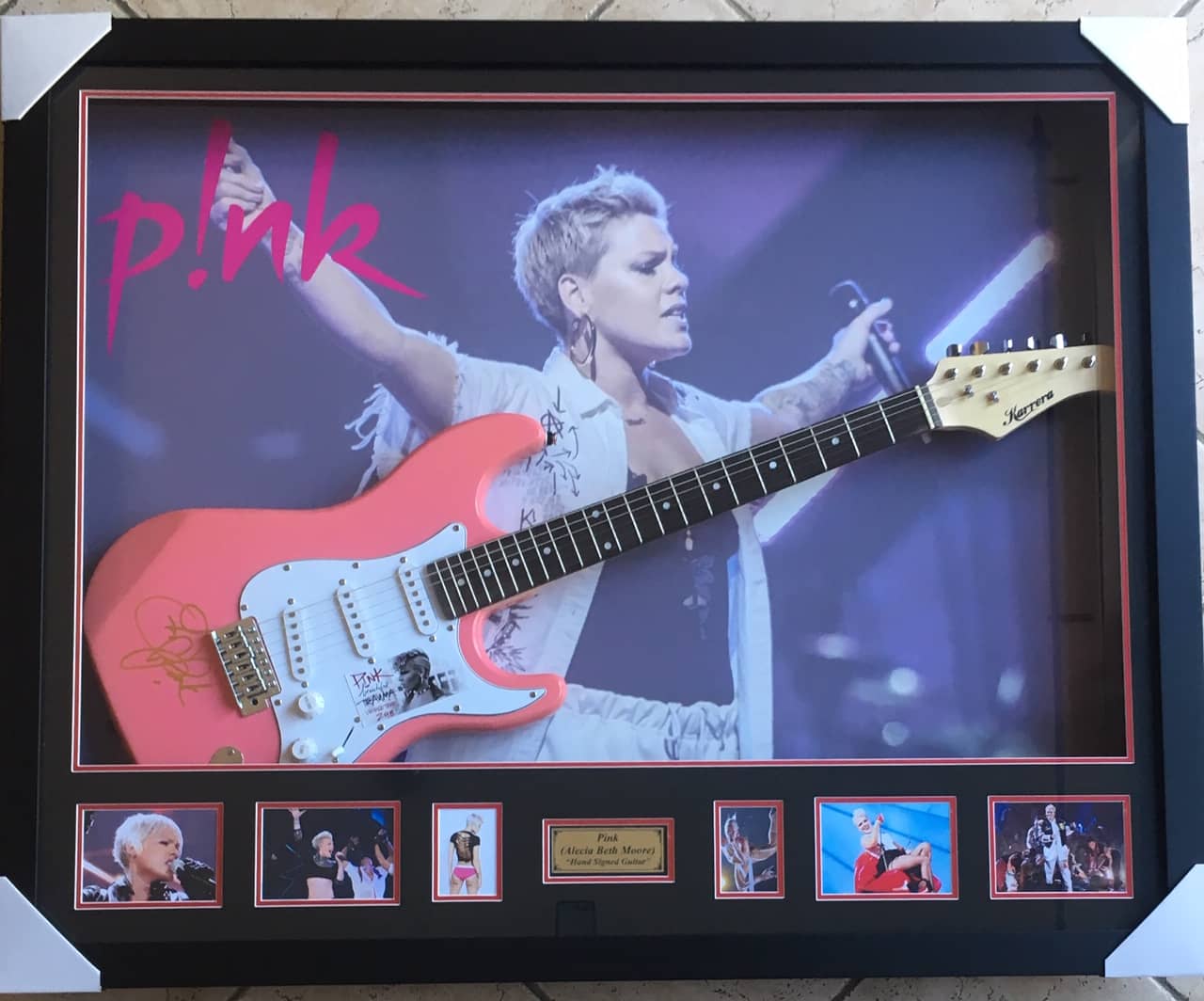 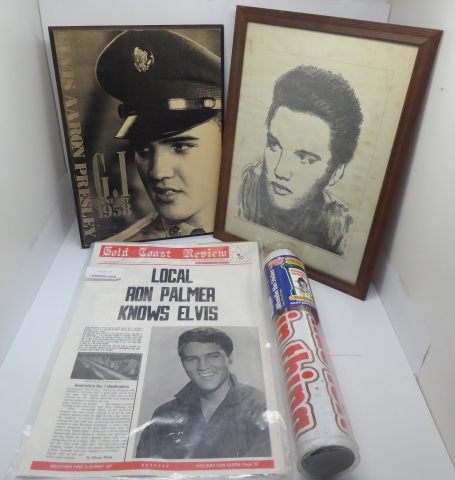 Why do investors collect?

But of course, there are unemotional, money-motivated collectors. Their aim is to hunt for highly collectable memorabilia and flip it for a profit when they feel it has become most valuable.

But what makes memorabilia financially valuable as opposed to just emotionally treasured by fans?

What is often crucial is that the memorabilia is celebrating a global star, so there are collectors in many countries looking to buy these items.  This can certainly help to push up prices.

It is also said the closer the item takes you to the music, script or a live performance, the more valuable it is likely to be. Lyric sheets, where fans can see the song being worked out and written down for the first time, tend to fetch the most fan interest and money.

Notoriety also plays a part. If a basketball player wins the championship, a signed photo will go up in worth. It is also estimated that Michael Jackson memorabilia went up about 40 percent in price in the days following his death.

As technology has developed, so have the memorabilia trends. Nowadays we see concert footage uploaded onto YouTube hourly or the entire concert available on DVD! Taylor Swift once wrote, “I haven’t been asked for an autograph since the invention of the iPhone with a front-facing camera. The only memento ‘kids these days’ want is a selfie”.

Photographs used to be a much rarer occurrence as were video recordings of concerts. Plus, there will never be a new photo taken of Elvis. So, a signed photograph of Elvis is scarce to come by and there is only a limited number out there, therefore one is worth a lot!

Why the Beatles are on another level…

The Beatles still retain premier league status among collectors. There is always a huge number of buyers globally who are interested in items linked to the Fab Four. This has created and sustains a healthy market in Beatles collectables.

The 8th of December marks 48 years since John Lennon was tragically murdered by a single gunman at his New York City apartment. It was the day the music died. John, Paul, George and Ringo will live on forever in the musical legacy that is The Beatles.

Beatlemania has continued around the world for decades after the music, as the songs these four artists produced were so revolutionary. They wrote and composed their own songs and continued to develop over the seven years that they were together. The Beatles also had the personalities and good looks to match!

We are delighted to be auctioning two pieces of The Beatles hand signed rarities, to be treasured for a lifetime. Both come with Certificates of Authenticity and are beautifully presented in frames.

The first is an amazing opportunity to secure a highly sought after autographed photograph of the Beatles. It has been signed by three band members, Paul, Ringo and George, on separate occasions. Also included are rare 45’s, A Hard Day’s Night, All My Loving, Further Requests, Let It Be and Magical Mystery Tour.

This autograph was acquired by a John Lennon fan, who at the time worked for Telstra. He secured the autograph outside the famed Dakota apartment building where John and Yoko lived. The Telstra worker later sold the item to a record shop in Sydney and it was then acquired by Blue Pie Productions. 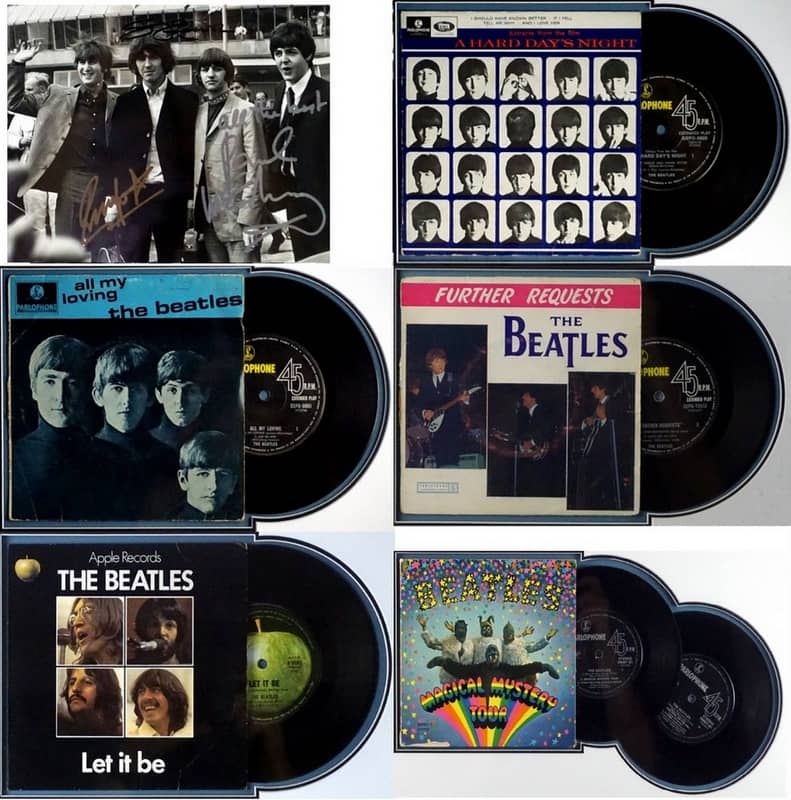 If you are interested in finding out about our Signed Memorabilia Auctions as soon as they’re hot off the press then register below. You could have an autograph to treasure forever!