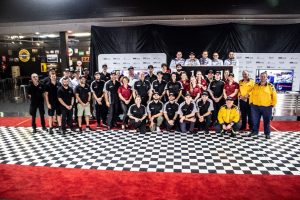 We close the book on another financial year!

Join us as we flick through the pages of the last six months and thank everyone for their support!

The end of the Financial Year is often a stressful time as everyone scrambles to get their affairs in order and dig out all the tax receipts from the last year.

But we have taken it as a chance to reflect on all the highlights that have made up the last six months since ringing in the New Year… And there have been some real goodies!

We have achieved some great things so far this year and we hope you did too. 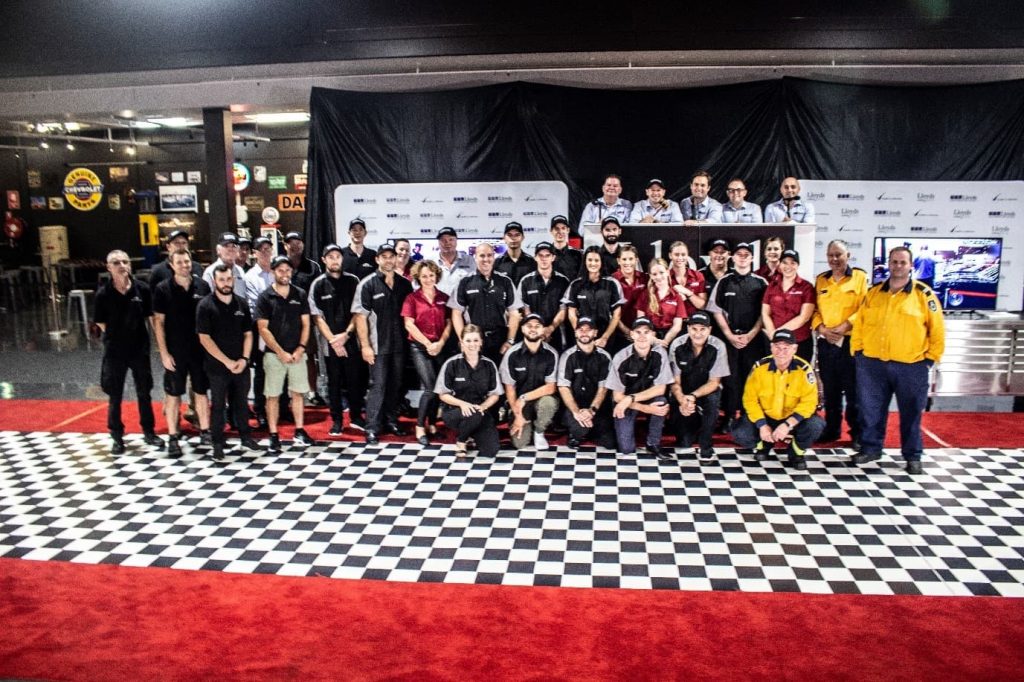 Of course, we have to start off with the biggest classic car auction in the Southern Hemisphere!

People were queuing up outside the Gosford Classic Car Museum on Sunday, three hours before the Iconic Classic Car Museum Closure auction even began. This just proved the massive demand for what was our largest ever classic car auction!

The highlight of the day was the 1964 Aston Martin DB5, of course, which saw the crowd get to its feet and turn into a sea of phones filming everything that was about to happen.

Nobody was disappointed! The stunning James Bond car reached the final price of $1.55 million, breaking the Australian record.

Record was the key word for this massive auction as they seemed to be broken left, right and centre! Approximately ten Australian car records were broken for Holden models alone.

The entire weekend was a huge success pulled off by a great team, including the staff at the Gosford Classic Car Museum.

They thanked us for the amazing work we have done in getting these incredible results for their beautiful cars and also thanked the community for the support over the past few years.

The world-class event described by many enthusiasts that attended the auction, solidifies us here at Lloyds Auctions as a world leader in the European and prestige car market and proves that Australian car fanatics are as passionate as any.

It truly was a collection, and a weekend, to remember.

As you may have seen over the last six months or so, we have been getting more and more insurance claim stock here at Lloyds Auctions.

We are so often the choice of auctioneer for insurers meaning we have regular insurance claim auctions from a range of retailers. You may have seen large appliances, electronics and even aquariums on our website!

Through February and March, we received over $2 million worth of stock up for auction from a major retailer’s distribution centre in Sydney. There were insurance claim fridges, washing machines, dishwashers and giant Smart TVs as far as the eye could see.

We took two semi-truck loads and seven B-double truckloads of the stock… We had to rent an extra warehouse just to keep up! Big brand products such as Samsung, Fisher and Paykel, Hisense, LG, Miele were stacked to the roof here at Carrara!

We were stoked to be able to give our bidders this amazing opportunity! 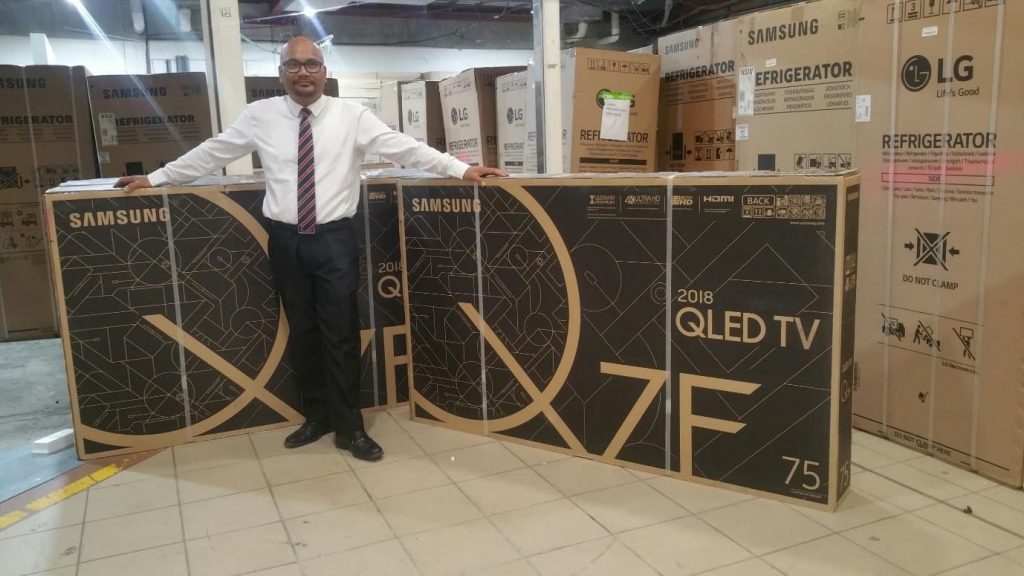 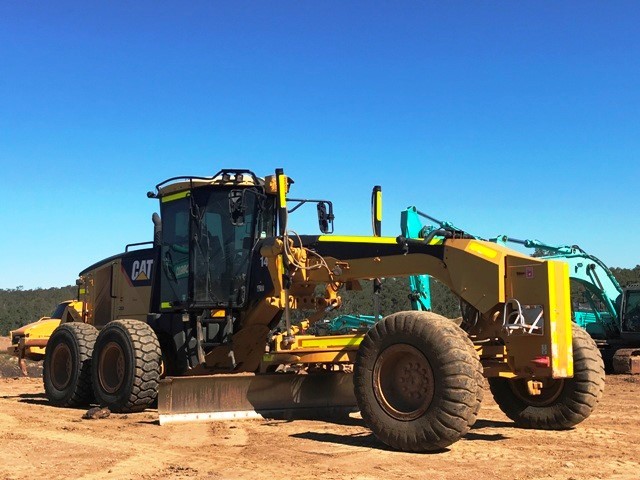 The 22nd of May 2019 brought the start of a new monthly auction that has made a big impact on the Civil, Transport and Machinery scene and really transformed the industry.

It is now so much easier and more effective to buy and sell equipment than ever before!

It is a multi-vendor auction specialising in a range of equipment across all types of machinery and all industries including earthmoving, civil, agriculture and transport.

This auction features everything from very new and modern gear down to well used gear that caters for both commercial and private buyers.

The lots are located across the country but think of this auction as an online ‘one-stop shop’ for all your machinery and transport needs, with a focus on yellow gear!

Whether you’re working on a farm or in rock and dirt, this new major event is one that you need to be paying attention to!

Traditionally, aircraft that come through auction are low end, small aircraft that are old and most likely require maintenance and have put a sour taste in buyers’ mouths. We have changed that!

This year we have tackled the aviation sector head on, starting with the great opportunity to own a low timed 2016 Cirrus SR22 G5 ‘Australis Premium’ aircraft!

Since January we have had 4 more Cirrus aircraft come through Lloyds Auctions and we couldn’t be more excited!

If you call yourself an aviation enthusiast and love flying, then chances are you have tried to sell an aircraft before. It may have been a bit of an arduous sales process but let us tell you that selling an aircraft through Lloyds is the way of the future! 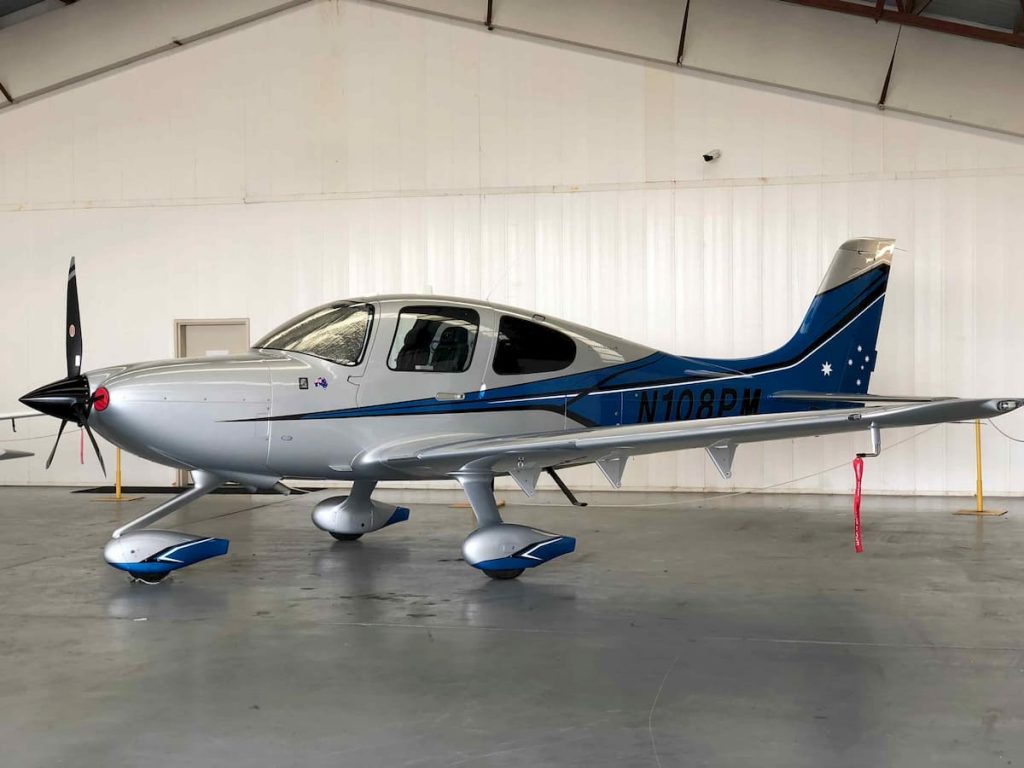 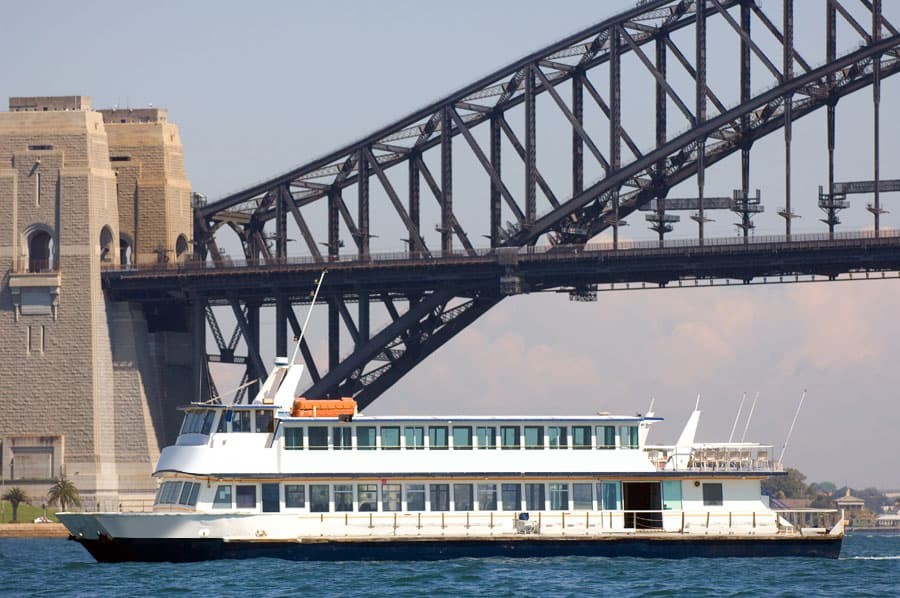 We know you like big boats and you cannot lie. And so do we.

We had a 100ft Catamaran Party Cruiser, named M.V. Matilda, that went under the hammer UNRESERVED. She has the room for up to 300 partiers to boogie the night away and three crew to make it all happen.

Complete with a function room, dancefloor, an outdoor dining deck and built in bars to keep the drinks flowing, this boat truly is the ultimate venue with a view.

And what party isn’t complete without food? It’s the best part! This Catamaran has it covered with all the catering facilities you need including display refrigeration, under bench refrigeration, stainless steel benches and a range hood. Even pans, cutlery and crockery!

Our resident marine expert, Glenn Screech was so excited to see her back in action and believes that the winning bidder will return her to commercial operations and continue her life as a party vessel!

This auction totally floated our boat.

Supporting local not-for-profit communities is something we hold very close to our hearts.

So far in 2019, we have got behind SCARF and Headspace and helped to raise money to support them changing lives.

The new name reflects SCARF’s commitment to support emerging artists from refugee backgrounds to showcase their artworks alongside the works of established local and national artists. The auction was a celebration of art, community and culture.

A ‘Jetscooter’ went up for auction last month and it was about as Gold Coast as it gets.

It’s what it sounds like… A jet ski crossed with a scooter. A video of the scooter that looks like a jet ski went viral when it hit our Gold Coast roads last year.

But what made the Jetscooter auction really special is not only the uniqueness of the item but that it was a charity fundraiser, with all proceeds going to Headspace.

Headspace provides amazing mental health support and education to 12 – 25 year olds, something that was very close to our vendor’s heart. 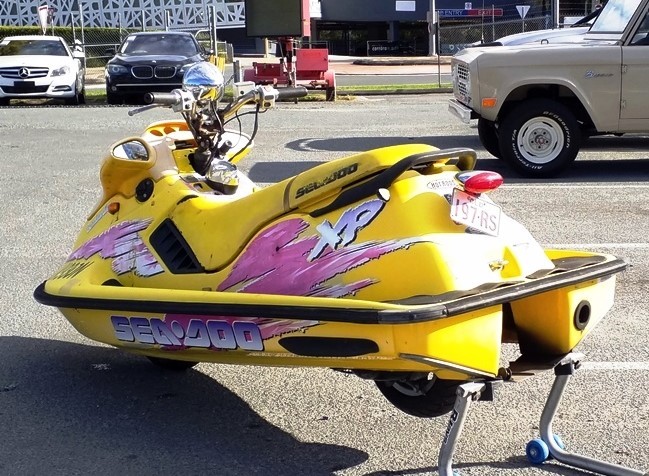 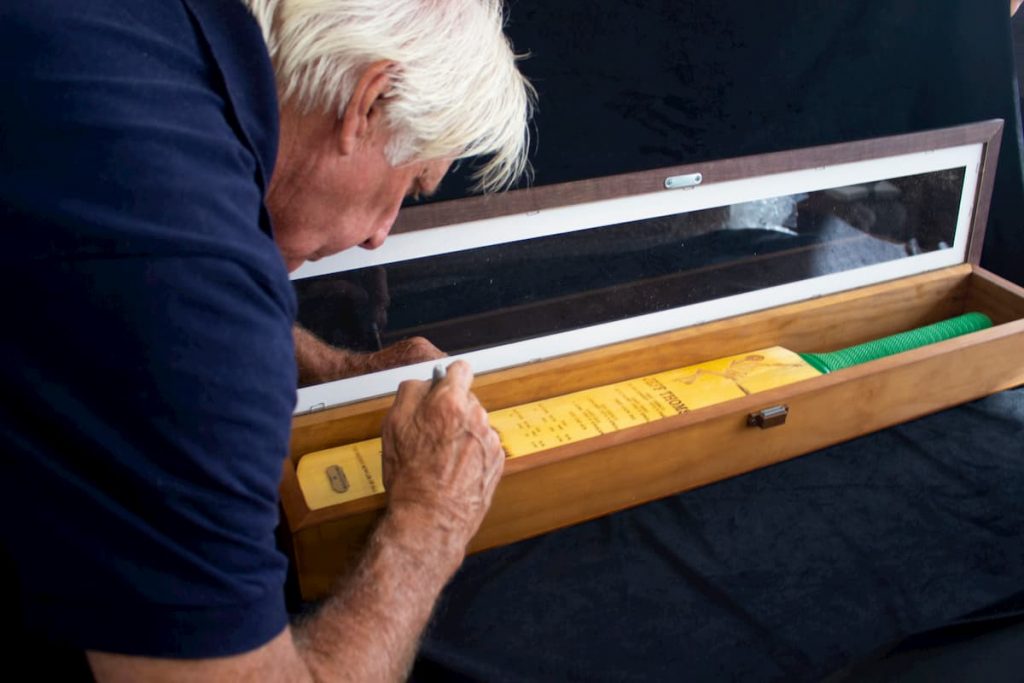 Whether your favourite bowler right now is Mitch Starc, Josh Hazlewood or Pat Cummins, most of us can agree that the World’s Fastest Bowler, Jeff ‘Thommo’ Thomson was so quick, and so frightening, that blokes just didn’t want to bat against him.

Thommo stunned the world throughout the 70s by taking 255 International wickets across his 13 year professional career.

But looking back on the days when “cricket was cricket”, Thommo signed barely any memorabilia for his fans.

After strong demand from fans around the world, we were super excited to partner with the World’s Fastest Bowler to bring you this highly anticipated authentic cricket memorabilia commemorating “the good old days”.

Talk about appealing! If you want to find out how to get your hands on one then go to www.lloydsauctions.com.au/thommo/

After a bit of a rocky start, they have truly risen to the occasion and have started to pull some wins!

The Carrara warehouse is all cricket talk on Tuesday mornings as the team review their performance from the previous night! 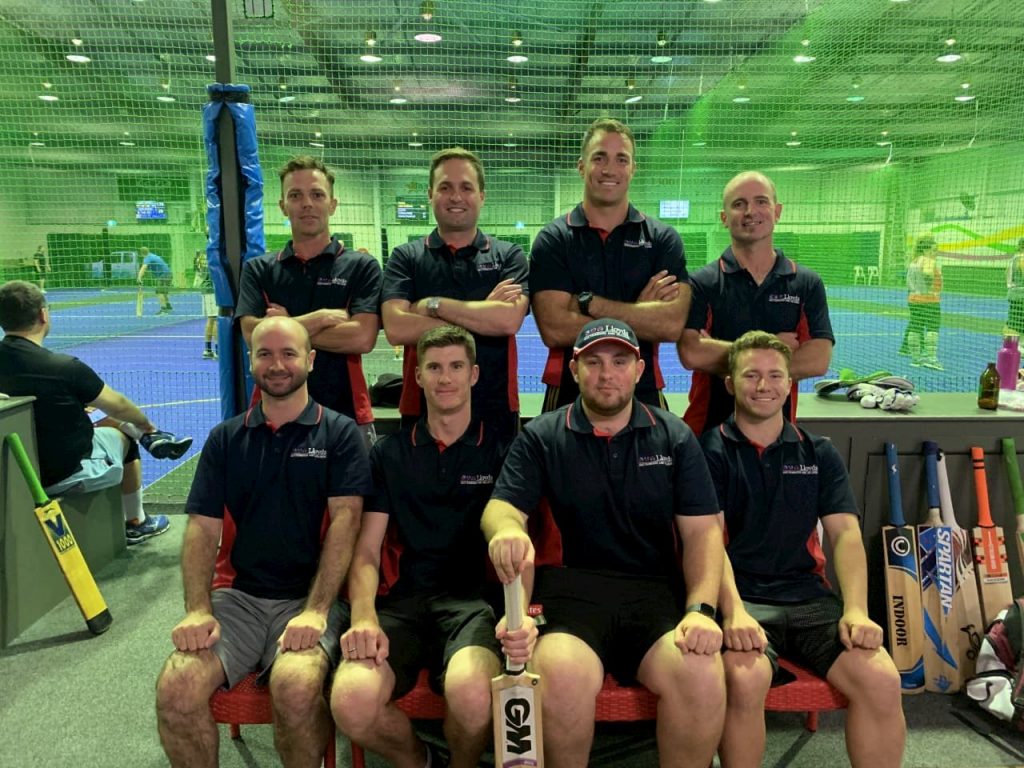 So, all round it has been an incredible 6 months and we have accomplished a lot in a variety of different areas.

This is just a great group of people trying to do great things and we wouldn’t be able to achieve any of them without the support of our amazing vendors and bidders and supportive service providers and suppliers. Thank you to everyone for making 2019 a fantastic journey so far!